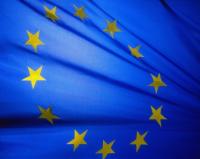 Three more operators have been awarded licences to operate in the German state of Schleswig-Holstein. Bet365, Betclic Everest subsidiary bet-at-home and Tipico join bwin.party in being awarded licences as part of the second set since the market opened in early May. They can now offer sports betting for the next six years with poker and casino licences to be awarded, according to eGR, “in due course”. There is still no news on how the rest of Germany will decide to regulate its markets. This is a clear sign that Schleswig-Holstein doesn’t care one bit at being left out and companies will continue to hang on its coat tails until something better comes along.

One company awarded a licence in the first round was Betfair and they’ve become the latest operator to please the Spanish by paying off their tax bill. The online betting exchange explained in an RNS announcement that it had “satisfied” everything set out by the Spanish tax authority and will pay “not more than €10 million”. By paying the charge they will be able to offer a sportsbook service to Spanish customers. Under the regulations their exchange won’t be available until the Spanish regulator has undertaken further consultation.

Betfair also launched their fixed odds offering in the UK earlier today in a move that will look to further challenge their competitors. They estimate that 30 percent of customers go to competitors to partake in fixed odds betting and they’re hoping that becoming a “one-stop shop” it will address this shortfall. Group operations director Ian Chuter added: “From today, Betfair customers can now bet whatever way they choose.”