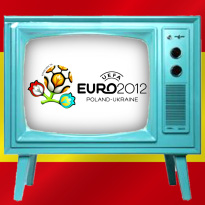 Spanish gaming operator Codere has appointed Angel Corzo as interim chief financial officer. Corzo, a six-year veteran at Codere, replaces former CFO David Elizaga, who resigned in April to “pursue a new professional opportunity.” Codere itself will have a new professional opportunity come June 1, the day Spain hands out online gambling licenses. Problem is (as Codere sees it) this same opportunity will also be offered to a whole bunch of international companies. Many of these international outfits have been serving Spanish players for years, unlike domestic operators like Codere, who figure this leaves them at a disadvantage in their home territory. Apparently, it’s a shite state of affairs, and it’s why Codere spent much of the past year taking international online gambling operators to court.

Ready or not, new Spanish operators will have to hit the ground running, as the market launch occurs exactly one week before Euro 2012 kicks off in Warsaw. Enrique Alejo, director general of the Dirección General de Ordenación del Juego (DGoJ), admits the expected tide of eager football bettors will mean throwing new operators into the deep end and hoping they swim. Alejo helpfully suggested to Gambling Compliance that this “stressful situation” would serve as a good test of these companies’ operating systems. Codere has run an online operation in Italy since late 2010, so it at least has some idea what to expect. Other Spanish companies may never find out what hit them.

But it’s not all gravy for international firms. The DGoJ and the country’s tax agency are conducting two “completely different” reports on all pending license applications. Spain’s taxman is poring over four years worth of operator revenues to arrive at a determination of who owes what in back taxes for being such naughty, naughty boys. Alejo admitted if the tax folks weren’t happy with what they found, the DGoJ wouldn’t try all that hard to cheer them up. But if the taxman’s happy, the operators won’t be. (Ah, the circle of life.) Meanwhile, the clock is ticking down to June 1.

On June 8, when Spanish Euro 2012 fans turn on their TVs and radios, they’ll be able to see and hear gambling adverts during live sports events. No sporting event = no adverts between 6am and 10pm, or any time juveniles are considered to be watching, i.e. no airing during late night reruns of Bob Esponja (Pantalones Cuadadros).