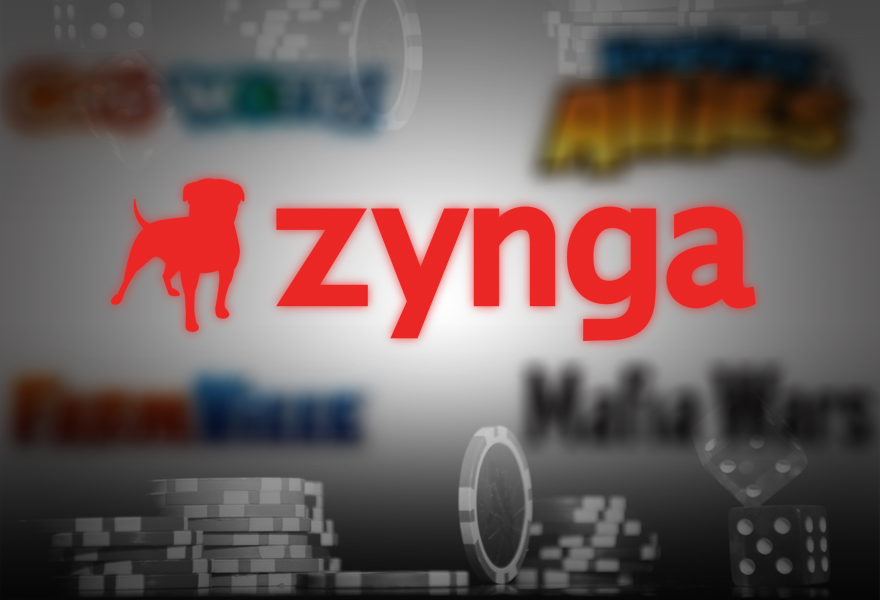 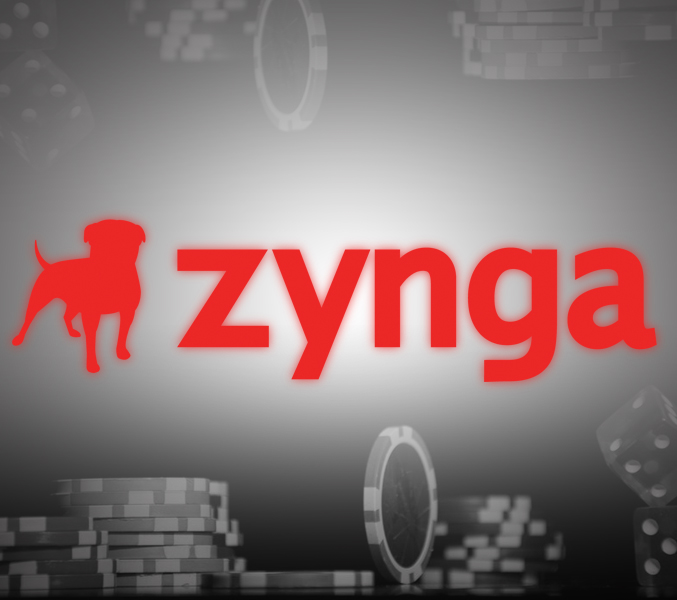 Earlier this month, the New York Post reported that Facebook game developer Zynga (ZNGA) was in talks with Wynn Resorts (WYNN) about a joint venture in the prospective US online gambling industry. The news did not appear to move the stock; ZNGA, in fact, fell 2% in that day’s trading, to $12.22 per share.

Over the last two-plus weeks, Zynga’s fall has accelerated; it closed Friday at $9.22. The reasons for the fall are difficult to parse; a secondary offering in late March, where shareholders sold an additional $515 million worth of shares into the market increased the stock’s “float” and may have helped push the stock down. But with a young (the company only went public in December) and speculative (Zynga is not yet profitable) stock, the drivers of even large movements like the current one-month, 33% drop can be difficult to tease out.

For bulls touting ZNGA at its new, lower, price, the company’s potential in online gambling has become a common selling point. Zynga’s CEO Mark Pincus has called online gambling a “natural fit” for the company, noting that Zynga Poker is already the world’s largest online poker provider. As my Seeking Alpha colleague “Modernist” argued, “Zynga incorporates tokens (like poker chips) within its games.” So, the theory goes, all Zynga has to do is wait for legalization, turn the “real-money gambling” switch on, and watch the profits roll in.

Unfortunately for Zynga shareholders, it ain’t going to happen. There are entirely too many hurdles for Zynga to clear for it to reach any sort of market share in a US online gambling market that, ohbytheway, is still non-existent. For all the coverage of the late December re-interpretation of the Wire Act, there has been little real-world movement. New Jersey’s bill has cleared a hurdle in the state Senate, but will likely face legal challenges from the state’s racetracks. Nevada has begun the process of  licensing online poker providers, with an eye toward having online poker up and running later this year. And that’s it. The two states, combined, have a population of roughly 11 million, less than 4% of the total US population. In Nevada alone, fourteen different companies have applied for licenses to serve a market of less than 3 million people in a state that has traditional casinos (and traditional poker rooms) in nearly every major city, including the (perhaps former) gambling capital of the world. (And, no, neither Zynga nor Wynn are one of the fourteen applicants.)

If and when the US gambling market comes to fruition, there are still a host of challenges for Zynga. In the market – and in the business media in general – there seems to be an idea that any idiot can run a casino. As I noted back in February, casino stocks often see roughly similar valuations, no matter their target markets, customer base, or brand appeal. Since “the house always wins,” it’s just a matter of getting people in the door and counting money.

This idea is patently untrue; just ask Donald Trump, whose casinos went bankrupt  three separate times. Branding and the customer experience are key in the competition for the gambling dollar, a competition that will be exceptionally fierce in the potential US iGaming market. Nobody understands this better than Steve Wynn, whose properties are renowned for their opulence and attention to detail. As such, his flirtation with Zynga is particularly surprising. The Zynga brand is not, as yet, suited to the online gambling market. Its games like Farmville and Words with Friends don’t conjure up the idea of thrilling, high-stakes, mental combat; they remind consumers of bored grandmothers and mid-level white-collar workers killing time at the office. Is a Zynga-branded poker game going to challenge an operation run by, say, the joint venture between Caesars Entertainment (CZR) and 888 Holdings? That joint venture will have the World Series of Poker imprint (through Caesars) and the technical and marketing expertise of 888, one of the few operators to see growing poker revenue in the mature European market. That JV will have a brand that appeals to poker players, and new potential customers; it will have the opportunity to offer WSOP seats in promotions, and cross-brand its online activities with live circuit events and its nationwide loyalty program. What will Zynga offer, free tokens for Mafia Wars? (One doubts that small-time poker players will create enough rake for free rooms at Wynn’s $250 average daily rate.)

Furthermore, Zynga’s social aspect is, in the poker arena, a negative, not a plus. I played online poker for several years pre-Black Friday; online poker players do not want to play with their friends. They want to take money from anonymous strangers, or at least have the opportunity to write “you f***ing donkey ur mother is a whore” in the chat box when they lose. Friends who want to play poker together meet at somebody’s house with a case of beer and buy in for fifty or a hundred dollars a piece. Most online poker players – particularly the profitable ones – want to play for higher stakes, at multiple tables, on trustworthy, high-end software.

And there we get to yet another problem for Zynga: its software is, technically speaking, a piece of shit. The company has been repeatedly criticized for simply ripping off designs from smaller makers. Forbes gaming columnist Paul Tassi called Zynga “a creatively, and I would argue morally, bankrupt company.” Complaints about the bugs in the company’s games are common; a long-time player told Tassi “they fix very few” of the game issues brought to their attention. Losing 50 tokens in Mafia Wars is one thing; but a bug in an online poker platform can cause severe damage to an operator’s reputation – and its profits. The expertise needed to operate a gambling platform, particularly under the predicted state-by-state US regime, will be extensive. Age verification and geolocation software must be foolproof, as fines for serving out-of-state and/or underage customers will likely be severe. The software must be technically flawless; even an outage of a few hours – or God forbid, an opening for hackers to see hole cards and/or affect gameplay – will send players stampeding to competing sites. Nothing that Zynga has done should give investors any confidence that it will succeed on all these fronts.

It is true that that the arguments above against Zynga becoming a profitable iGaming company have focused on the poker market. Some have argued that Zynga could simply convert its existing games (such as bingo) to a real-money format, and reap its rewards there. Might the company also look to the UK and Europe – 35% of its revenue comes from overseas – where legalization regimes are already in place?

Well, no. First, the concept of US-based, US-regulated, legalized online platforms for games like bingo, blackjack and roulette is still a pipe dream. No legislator, any time soon, will dare sponsor such a bill, and eighteen months later face the inevitable nationally-hyped story about the 13-year-old who got his parents’ credit card and blew $10,000 at a high-stakes online blackjack table. It doesn’t matter whose fault such an event really is – even teenagers should know not to split kings – but the political risk of full iGaming legalization is so high that it seems nearly impossible in the current political climate. Even should such a regime come to be, the same issues facing Zynga in the poker market will face the company in other games. The company right now simply does not have the branding or the technical prowess to compete in what will surely be a highly competitive industry.

In Europe, that market is already well-covered, well-established, and slow-growing. Furthermore, the oft-cited potential of Zynga to move its users from free games to real-money ones has not materialized on the Continent. As Christian Tirabassi of Italy’s Ficom Leisure told the recent iGaming North America Conference: the Facebook user “does not convert” to real-money games. The social game player is well aware of the existing real-money alternatives, and chooses not to take that risk. “I don’t believe in the easy transition from social games to real [money] games,” Tirabassi told the audience.

Without the potential for real-money house games, Zynga is left with online poker, with a initial eye to the prospective US market. From there, all Zynga needs to become an online gambling powerhouse is to see poker legalization move at a faster pace than it has, or anyone thinks it will; completely overhaul its brand image and market to a demographic that has essentially no interest in its legacy games; complete a massive upgrade of its technical capabilities; and then outsmart competitors who have decades more experience in the gambling industry and partners who have already succeeded in the cutthroat European iGaming market.

Even then, without a full legalization of varied online games, what is the US poker market really worth? I’ve noted in the past that online poker had slowed dramatically in the US even before Black Friday; European operators are clawing one another’s eyes out over the shrinking pool of “net depositors” (ie, losers). As Joe Brennan, director of the Interactive Media Entertainment and Gaming Association (IMEGA) noted in an interview, “[A]t the end of the day, poker is not a big business…In the long term, the only way you can be successful in the poker business is if you can dominate the market in terms of share.” To even consider entering the online gambling market, Zynga must travel a long road of massive changes, and substantial investments. To predict that this company  with no gambling experience and substandard technical operations will become the market leader is simply a bridge too far.