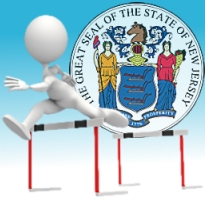 New Jersey’s fledgling online gambling legislation S1565 passed the state Senate Budget and Appropriations Committee on Tuesday. The Associated Press reported the vote was 11-0 in favor, with the lone (assumed) contrary voice coming from Sen. Paul Sarlo, who abstained. From here, the bill will head to the Senate floor for a full vote, although such a vote is not expected to take place for at least another month. The Assembly version of the legislation remains stuck in committee.

S1565 would not only permit New Jersey residents to gamble online, it would also allow the state to enter into compacts with other states – or even other countries – provided that “such wagering is conducted pursuant to an interstate compact to which this state is a party that is not inconsistent with federal law.” Online gambling revenues would be taxed at 10%, compared to the 8% tax on AC casino revenues.

The S1565 legislation envisions a scenario in which all the state’s online gambling servers would be located within Atlantic City’s confines, avoiding the necessity to hold a referendum on altering the state’s constitution, which limits most forms of gambling to the AC ghetto. Sarlo is known to prefer a plan that would allow state racetracks to offer internet gambling and has also backed the opening of a casino at North Jersey’s Meadowlands racetrack. Either of Sarlo’s preferences would require amending the state’s constitution, but the earliest date by which a constitutional referendum could take place would be in November – well past the date when S1565’s chief backer, Sen. Ray Lesniak, hopes to have online gambling already up and running.

New Jersey’s racetracks have previously threatened to mount legal challenges to block passage of the legislation. Standardbred Breeders and Owners Association of New Jersey president Tom Luchento maintains that allowing tracks to offer online gambling is only fair, since “Atlantic City already offers racebook rooms where casino patrons can place pari-mutuel wagers on simulcast horse races. So allowing internet wagering rooms at racetracks is not an unusual concept.” Gov. Chris Christie has stated his opposition to any legislation that would divert gambling revenue away from AC’s struggling casinos to prop up the equally dire horse racing industry.

To underscore the predicament faced by AC’s casinos, the Senate committee vote came on the same day Pennsylvania’s casinos reported a new monthly slots revenue record. The state’s gaming machines collected $233.1m in March, an 8.5% rise over the same month last year and better than the $218.3m record set last July. Better still, Pennsylvania’s rising tide is lifting all boats, as each of the state’s 11 casinos posted gains in slots revenue over the previous year. Table game revenues won’t be made public until later this month, but combined with slots, Pennsylvania outpaced AC during the first two months of 2012 by a margin of $515.7m to $479.6m – making Pennsylvania the nation’s #2 casino market behind Nevada. Time to update AC’s new slogan to DO SOMETHING!