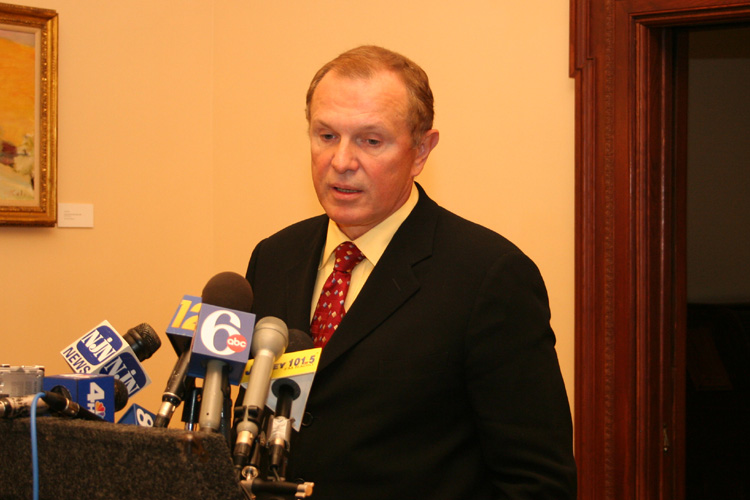 Sen. Ray Lesniak expects legislation to permit Internet gambling to be approved in New Jersey as early as September. Lesniak told PokerNews he expects both house of the legislature to approve his bill on March 15 before Governor Chris Christie signs it to allow Internet poker by September 1. That will mean New Jersey becoming the “Silicon Valley” of U.S. Internet gaming, something is paramount according to Lesniak.

“It would be a lot easier for most other states to have a compact with us and do a profit-sharing agreement. Market share is very important in this business, and that’s why it’s important to be there first,” Lesniak said, in an interview with PokerNews. “Once we’re up and running, there’s no way the federal government would shut us down. I know our U.S. Senators and Congressional delegation would prevent that from happening. When a federal bill passes, I think it will just open it up nationwide and, because of our marketing share and agreements with other states, we’ll be in position to take advantage.”

Churchill Downs Incorporated (CDI) has entered a joint venture with Delaware North Companies Gaming and Entertainment to purchase a track in Ohio. Lebanon Raceway in Lebanon, Ohio will be acquired by Miami Valley Gaming and Racing, the title of the joint venture, from the current ownership. Lebanon Trotting Club Incorporated and Miami Valley Trotting Incorporated will receive up to $70 million with $10 million up front in cash. The remainder will consist of a $50 million promissory note and an additional $10 million depending on performance. “We are proud to add Lebanon Raceway to our growing portfolio of US racing and gaming operations,” said William Bissett, President of Delaware North Companies Gaming and Entertainment.

The JV proposes to place 2,500 video lottery terminals (VLTs) at the venue alongside a “new-look” harness track. It comes after CDI purchased Bluff Media for an undisclosed amount and it continues to invest heavily in its successful online gaming industry arm.

Casino systems supplier Aristocrat Leisure has launched its server-based gaming solution in Norway’s bingo halls. Aristocrat Lotteries’ deal with Norsk Topping sees 792 terminals dished out to 116 venues operated under the Norwegian company’s Belago brand. It’s powered by the same Aristocrat TruServ SBG solution as the established Multix retail network already present in Norway. Miriam Lindhorst, General Manager for Aristocrat Lotteries Europe, commented: “The combined network demonstrates the flexible and scalable nature of TruServ and we are delighted at the immediate impact made by the addition of multi-level jackpots.”