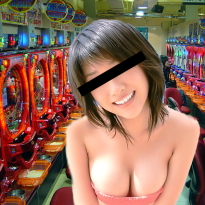 Researchers IBISWorld recently compiled a list of the 10 fastest-growing US industries, and coming in at number seven (one step ahead of hot sauce production) was social network game development. That should come as no surprise to anyone who has witnessed the acquisition binge of social game companies over the past year or so. But the phenomenon has apparently caught Japanese pachinko makers off guard. Financial blogger Ichirou Yamamoto penned a recent piece for the 4Gamer website in which “prominent members in the pachinko industry express concern about the rise of the social game industry and view it as a problem.”

Tokyo’s Ichiyoshi Research Institute says pachinko generates about US $240b in revenue every year. That’s about eight times what Japanese horseracing brings in and around seven times Macau’s annual casino revenue. Japan’s pachinko industry is already unsettled by the thought of legal casinos horning in on their action. But that’s tomorrow’s concern; social games are a threat that’s here now. Worse, social games mimic the simple, repetitive, low-stakes, stress-relieving activity one finds in pachinko parlors – but without having to leave your home.

How ingrained is pachinko in Japanese culture? Consider that in the areas most devastated by the March 2011 earthquake/tsunami, the two industries that bounced back quickest were prostitution and pachinko. A sex worker identified only as Kitty-san told the Tokyo Reporter that demand for her services was “even higher than it was before the disaster. Many customers had suffered from the catastrophe and had even lost family members. They justified their urges, saying they ‘sought psychological relief’ or ‘wanted to be consoled.’”

We can understand shell-shocked citizens seeking refuge in the arms of a working girl. It’s harder to imagine that the cacophonous environment of a pachinko parlor could provide similar relaxation therapy. Then again, we’re not Japanese. Yuko Masaki, a 51-year-old woman who was introduced to pachinko by her 23-year-old son, explained its appeal to CNN. “Everyone’s heard the bad stories, you know, about how some people get addicted and get into debt and destroy their households, but they’re really one in a thousand. For me it relieves stress. When I am facing the pachinko machine, nothing else matters. It’s a complete escape. I don’t have to answer to anyone but myself.” Not hard to see why Japan’s pachinko giants are terrified the next thing Masaki’s son introduces to his mother will be Farmville.