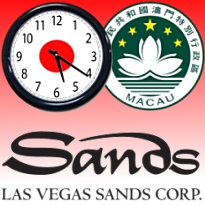 Members of Japan’s ruling Democratic Party of Japan (DPJ) were given a special briefing on proposed integrated resort (IR) casino legislation last Thursday. Consultants Gaming Capital Management (GCM) said the briefing took place at the country’s House of Representatives and was led by members of the three departments that will be most closely involved in crafting the legislation and overseeing the resulting casinos – the Cabinet, the Ministry of Justice and the Ministry of Land, Infrastructure, Transport and Tourism.

A professor from the Osaka University of Commerce and a representative of a major Japanese advertising agency were also on hand to remind lawmakers of the success of IRs in neighboring jurisdictions like Singapore. According to Inside Asian Gaming, not all DPJ members were receptive to the presentation. Government bodies – including the National Police Agency and the Japan Tourism Agency – were asked to submit comments and to indicate whether or not they’d be willing to play a role in Japan’s prospective casino biz.

Las Vegas Sands’ Cotai Central may be on track to meet its April 11 opening date, but it’s less clear that it will meet its earlier prediction that it had been promised 400 new gaming tables from the government of the Special Administrative Region (SAR). Macau has imposed a sector-wide 5,500-table cap until 2013, and only 3% annual growth on that figure afterward. As of December 31, Macau was only 198 tables under the cap. Earlier that month, word circulated that Sands had been given the nod to surpass the cap, although the SAR has yet to publicly comment one way or the other.

In a Feb. 2 regulatory filing, Sands claimed Cotai Central would feature 200 mass market tables and 140 VIP tables in its first phase, with an additional 200 tables promised in phase two. Some of these tables were described as “temporary,” suggesting that Sands would reallocate tables from its other Macau properties to capitalize on the brand new Cotai Central’s ‘wow’ factor. On Tuesday, a Sands China spokesperson told Gambling Compliance that Cotai Central’s phase one would feature “approximately 220 gaming tables on the mass gaming floor and high limits, 150 gaming tables at [VIP-focused] Piaza Club and 770 slots.” The spokesperson also said Sands China was in “close communication” with Macau’s gaming regulators “to finalize the operation details for the opening and pending their opening.”