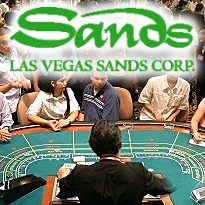 Following Las Vegas Sands chairman Sheldon Adelson’s highly publicized anti-online poker comments, some bloggers and forum posters have been speculating that Adelson’s antipathy may stem from the fact that, unlike some of his US casino rivals, LVS has yet to ink a joint venture deal with an online gambling outfit. Then again, perhaps Adelson is being sincere when he says there simply isn’t enough online poker moolah on the table to make it worth his while. Unlike the gambling green available in, say, Asia…

In addition to spectacularly lucrative properties in Macau and Singapore, Adelson has long dreamed of opening a casino in Japan, going so far as to declare his outfit “the leading candidate” for a license if/when the market opens up. But Adelson’s Asian expansion plans are just getting started. Last week, Vietnamese state media reported that LVS was planning a $2b ‘tourism complex’ in Ho Chi Minh City (formerly Saigon). The Vietnam News Agency said Adelson met with city authorities, and quoted him as saying the country had “good potential to attract tourists to the complex.”

In Macau, Sands China’s new operation on the Cotai Strip is set to open its first phase in early 2012. Even better, Sands Cotai Central may be getting a break from the Special Administrative Region’s government regarding the unpopular (with operators, at least) table games cap. A report prepared by the Royal Bank of Scotland (RBS) following talks with Sands China reps on Dec. 9 says that Sands Cotai Central has been promised “400 new tables from the government” plus 140 shifted from Sands’ other Macau properties when it opens its first phase in early 2012. “[Sands] management maintained that ‘temporary’ or loaned tables would allow one to reconcile the government’s table commitments to Sands at [Cotai Central] and its 5,500 table cap.”

In October, a source close to the government told GamblingCompliance.com that the SAR had adopted a more flexible approach towards the table games cap, despite public statements that the cap would be strictly observed. However, another source claimed that the government could view Sands China’s comments in the RBS report as provocative. A Well Fargo Securities report dated Dec. 12 also stated that the SAR would allow the extra 400 tables, but that Sands wouldn’t get the full allocation until 2013. Either way, Wells Fargo estimated that the additional tables would result in a total that was 279 tables over the supposed 5,500 cap. If the SAR does prove flexible in its dealings with Sands, it will be very interesting to see how it treats extra table game applications by the other casino companies with Cotai projects in the works.