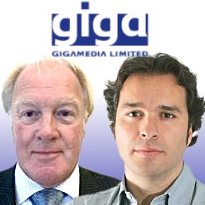 Pocket Fives is reporting that a living breathing sasquatch has been captured by authorities in Washington state. Okay, okay… In truth, Pocket Fives is reporting that Groupe Bernard Tapie (GBT) principal Laurent Tapie has moved to Dublin, the home of Full Tilt Poker (FTP) subsidiary Pocket Kings. Additionally, the long-rumored, eagerly-awaited, not-at-all-imaginary deal for GBT to acquire FTP’s assets from the US Department of Justice is “a done deal. Tapie is getting ready to reopen FTP in Europe. The deal should be signed next week.” Hey, you don’t suppose the sasquatch could be that unidentified late-arriving mystery investor, do you?

This next industry rumor may actually have some substance to it. The Sunday Times reports that Brian Mattingley, 888 Holdings’ deputy chairman and interim CEO since the abrupt exit of Gigi Levy last April, will be permanently installed in the chief executive role. The Times neglected to say how it came by the info. Queried by Bloomberg, 888 spokesman Andrew Benbow would say only that Mattingley “has done an exceptional job and I’m sure his appointment would be welcomed by investors.”

Asian online gaming software and services provider GigaMedia recorded a 47% revenue drop in 2011, leading to a loss of $24.1m for the year ending Dec. 31. The plunge was due in part to the declining fortunes of Everest Gaming, in which GigaMedia holds a 40% stake. (GigaMedia sold the other 60% of Everest to Mangas Gaming in 2010.) Everest’s revenue dropped 30% in Q4; also falling sharply were Everest’s number of unique active players (-44%) and new depositing players (-37%). GigaMedia CEO John Stringer, who took over in January from Yichin Lee, released a statement blaming the bad times on “business unit deconsolidations” and failure to adjust costs and expenses accordingly, “leaving a dysfunctional business model.” Nonetheless, Stringer claimed to be “confident in our ability to deliver improved performance by year’s end.”