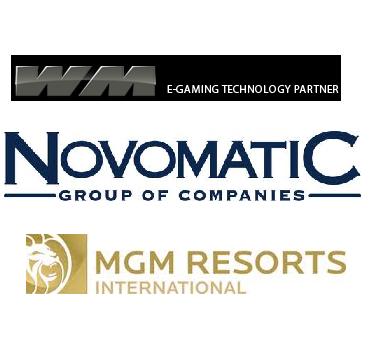 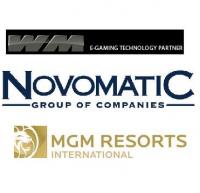 Online gaming software designers and suppliers, World Match, has announced a new game: Mini Black Jack. In a company statement World Match said this side game has been designed to be opened next to another game and take advantage of its waiting time to make new additional and fast bets.

The dimensions of the Mini Black Jack game area have been carefully studied to allow the player to engage simultaneously in multiple game experiences, in order to capitalise the waiting times of the main game. Graphics have also been improved to be legible and user friendly, without sacrificing the details that embellish the game and recreate the atmosphere of real casinos.

Mini Black Jack is available in three settings: Standard, Pro and Privée, according to minimum and maximum bets set by the Licensee.

Novomatic has announced the hiring of its new Managing Director, Bernhard Teuchmann, for its subsidiary company Novomatic Gaming Spain.

The announcement comes just ahead of FER Interazar, the most important trade show for the Spanish gaming market.

Teuchmann commented: ”The Spanish B market is, with its 17 differently regulated regions, characterized by a large degree of segmentation; hence each jurisdiction needs to be seen and treated as a market on its own. The whole team at Novomatic Gaming Spain is working hard and is full of enthusiasm to cater each of them with the greatest care in order to supply the right products to the different customers in the respective jurisdictions.”

At the FER Interazar Novomatic Gaming Spain, S.A. will address especially the B segment of the Spanish gaming market with a broad presentation of customer-tailored products.

MGM Resorts International has announced today that it has completed its public offering of $1 billion in aggregate principal amount of 7.75% senior unsecured notes due 2022, which were issued at par.  The Company received approximately $985.9 million in net proceeds.

The Company used the net proceeds to repay the full amount outstanding under the term loans maturing February 2014 (approximately $941 million). The remaining proceeds will be used to repay other indebtedness under the Company’s senior credit facility, a press release stated.

“We are very pleased with the strong market support  for our Company which allowed us to upsize the transaction to $1.0 billion,” said Dan D’Arrigo Executive Vice President and Chief Financial Officer of MGM Resorts.  “This transaction marks another important milestone for our Company as our first 10-year unsecured note offering since 2006, and demonstrates our continued commitment to strengthening our balance sheet.  This transaction will also allow us to reduce the borrowing cost under our recently extended $1.8 billion credit facility due 2015.”