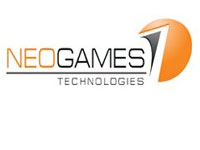 Revealing its Christmas scratch card only a few days ago, scratch and instant-win games provider, NeoGames, today revealed yet another boost in its mobile games portfolio with Lucky Charms – a new instant game for iPhone and Android devices.

Lucky Charms will run on the HTML5 based platform supporting iPhone and Android mobile devices due to NeoGames’ significant growth in both player and revenues on this platform during the past year.

Managing Director at NeoGames International, Shay Bar-Josef, said: “We are very pleased to announce the release of ‘Lucky Charms’, our 7th game on the mobile platform. This innovative application is accessible worldwide and currently features the most popular interactive scratch and instant games.”

Just how lucky are these charms, exactly? In a press release Neogames state its new multiline instant game allows the player to buy up to 8 lines, each line giving a chance to win a pot of gold of up to £200,000. The theme of the game is based on all that “lucky” themed paraphernalia –  from horseshoes and four leaf clovers, to rainbows and rabbits feet – all presented by, of course, a creepy leprechaun. Sounds pretty lucky to us.

NeoGames isn’t the only one braggin’ its wares lately. After revealing its sensual Love Lab slots game last week,  iGaming software suppliers, World Match, have announced another new Multi-Line Slot game today: Circus. As you’d expect with the name; clowns, tightrope walkers and trapeze artists are apparently just a few of traditional circus arts that make up the game.

Equipped with Bonus Game, Free Spin, Wild and Spin Stop, World Match promises its new multi-line slot will “make the player feel the same emotions of children, spellbound in front of the magical of circus performances,” while of course, at the same time, taking your money. How enchanting.

A press release from World Match stated: “The graphic settings of this slot are particularly exciting, because of the thematic graphic contextualisation, carefully detailed as always, which will enlarge when winning combinations appear, making the game even more electrifying.

“Circus is a full optional slot because it comes with cutting edge features such as the Spin Stop that allows the player to stop the spin at any time he wishes, increasing the frequency of play during the session.”

Circus is also enriched by Free Spin, which guarantees the player a number of free spins and the Wild symbol which works as a Joker, as long as it replaces the missing sign to get a better chance of winning. Who’s looking forward to clowning around on this one?