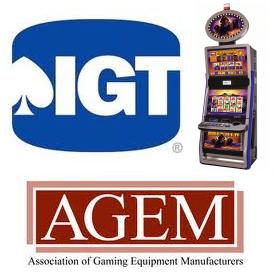 The IGT Cloud will allow Olympic Casino Eesti to provide seamless gaming experiences while reducing their capital expenditure investment. Specifically, the Cloud allows for the download and configuration of games to machines on the casino floor and adds the ability to use deep analytics to make timely decisions based upon player behaviour.

Member of the Board at Olympic Casino Eesti, Meelis Pielberg, said: “Having the unique opportunity to make decisions regarding game configuration will allow us to completely change the player experience in an informed way that is completely tailored to their preferences.”

A press release confirms Olympic Casino Eesti was initially attracted to the IGT Cloud because of the operational efficiency that it will provide for their casino management infrastructure. As a result it was launched the IGT Cloud on 9 March.

An independent survey conducted by Goldman Sachs of slot managers from across the United States has showed that Aristocrat has the best game and the best slot system.

In the survey, Aristocrat’s Buffalo video slot was rated the best slot game, with its top position marking the first time in this survey where an Aristocrat game ranked number one.

“What this survey shows in hard, black-and-white numbers is what we knew all along – that Aristocrat has the industry’s top performing games and top performing system. Hearing this from slot operators means even more,” said Aristocrat Americas President Nick Khin.

The Association Of Gaming Equipment Manufacturers (AGEM) has announced today that its Board of Directors has approved the membership applications of two new companies, bringing the trade group comprised of the world’s leading gaming suppliers to a total of 120 members.

The new AGEM members are: Assurance Ltd., based in Las Vegas, and Scientific Games Corporation, based in Alpharetta, Georgia.