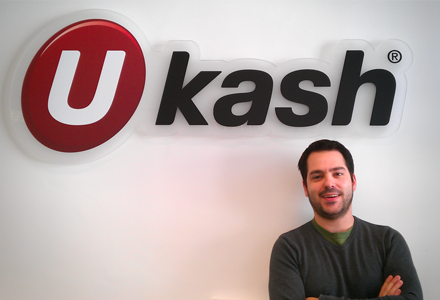 The Latin American market is quickly becoming the center of attention for many industries around the world. A huge population, an exploding economy and a rapid increase in its citizens coming online makes Latin America at or near the top of many business expansion plans.

When it comes to the online gambling industry in particular, Latin America is also right up there with geographical regions to crack, although there are a number of challenges that companies will inevitably face along the way. The country-by-country cultural differences for one but the lack of reliable payment solutions to transfer money in and out of the system is a huge concern for online gambling operators.

Ukash is a payment method available for people who want to use their cash online. Seeing as cash is still the main method of payment in Latin America and internet usage is on the rise, Ukash sees a huge opportunity for their payment solution in this region.

To find out more about Ukash’s presence in Latin America, what challenges they face in the region, the eccentricities of the market and their thoughts on the Latin America online gambling industry, we spoke with Tiago Coimbra, Ukash’s Partner Manager of International Distribution.

Becky Liggero: Thanks for joining me Tiago, on the heels of the GES LatAm we would like to learn more about Ukash’s presence in Latin America. Let’s start with why Latin America is such an attractive market for you?

Tiago Coimbra: The region has considerable work to do in terms of financial services. There is not a single “big market” there where you find readily available the sort of financial products (prepaid or otherwise) that one finds in Europe, for example. This means that cash is still used there as the main payment method generally speaking – Ukash bridges this and the internet, as we so well do in over 50 countries already.

BL: What kind of research, prep and time did it take to really begin penetrating this market?

TC: Considerable, as we always do. If there was already the obvious data available (country sizes, demographics, etc.) we added to this reports on the financial sectors in Latam, reports on expected tends, looked at local and global interest by merchants from the main sectors, etc. These reports and knowledge gathering reinforced the idea that most of these countries – I would say the largest ones particularly for obvious reasons – were indeed prime for our services and drove the decision making process.

BL: Two of the largest countries are clearly Argentina and Brazil, can you give me more specifics on why you decided to make such a big push in these countries?

TC: The size of these two countries and their economies mainly. It makes more business sense to go, say, for Brazil, which has overtaken the UK as sixth-largest economy in the world, than to go for Paraguay, or Peru, etc. whose economies are at very earlier stages of development. And again, Brazil in particular is the most populated country in Latam by far – touching 200 million people.

BL: Why would someone from Argentina or Brazil choose to spend with Ukash rather than another payment method?

TC: Both countries have lesser financial services and products when compared with what you would find in Europe, or North America. Cash is still the main means of payment and for example, the percentage of cards from these countries being declined by international merchants is quite big. We know that in Argentina for example, just over 60% of the population access the internet on a regular basis and also we know that bank account penetration is at just over 40%, of which a very small number of people will have full access to credit cards, or internationally-accepted debit cards. Brazil’s data is very similar to Argentina’s, in terms of Internet and bank account penetration. All things considered, these two countries quickly became important targets for Ukash for 2012.

BL: You have done a great job in these two countries but I would imagine you have come across some big challenges. Can you elaborate?

TC: There are cultural and working processes differences, as would be expected. The processes seem to take longer compared to what one would expect, say, in Europe. This is mainly due to the lack of knowledge of what Ukash is by local distribution partners mainly, as we have only just started working in the region. But this also means that everyone does a thorough job – both Ukash and our Partners there. Ultimately, this ensures that all new opportunities, launches, etc. are solid and have been thoroughly looked at from all angles. In terms of local gambling operators, I see lesser differences and challenges though as they know Ukash and are usually very keen to integrate.

BL: So now that you’ve learned how to cope with these challenges, what are your plans for further expansion in Latin America?

TC: Right now, we want to concentrate on strengthening our position in the countries where we are. Uruguay for example was our test lab for the region, Ukash having launched there almost 2 years ago. This is still growing every month, so before we look at some of the smaller countries in the region, we want to make absolute sure that we are providing our services to everyone, in the seven countries we are already in. There is a lot of work to be done still in Brazil and Argentina – having said that, we will look at launching perhaps 2 or 3 new countries in LatAm, during the course of this financial year.

TC: Here I find similarities with Europe. I think that there is a great deal of European influence there in terms of passion for sports in general. And the majority of countries in LatAm has taken very large steps towards Internet penetration. We see all sorts of gambling being sought more and more, be it Poker, sports betting, races, etc. I attended an online operator’s conference in Buenos Aires in November 2011 and was very surprised at how much growth there had been – and is expected.

BL: Now that online gambling is growing in the region, why should the operators in this space consider adding Ukash to their payment options?

TC: At the Gambling conference I attended in November, one of the most debated points was payments, not just deposits but also payouts. One needs to understand that the payments market in the whole region is very fragmented and in some cases non-existent, which means that for one operator to work in 4 or 5 different countries, they are likely to need 4 or 5 (or more) different payment methods. And then, the operator will need to consider and find ways to process payouts in these 5 or 6 countries. All different, all extremely challenging, expensive and very much time consuming. Ukash aims to provide a seamless service to local and indeed global operators targeting LatAm, because our service and delivery is 100% consistent – the operators only need to worry about one integration, they are able to provide payouts with Ukash and in the knowledge that they are working with a large, solid and global company. Furthermore, Ukash is free for the consumer, which adds to the general interest by this group themselves – in essence the consumer is using their cash online, which is very appealing in these territories as I mentioned.

BL: Thank you Tiago, looks like Ukash has found a perfect fit within the Latin America market. We looking forward to hearing about your progress throughout the year.