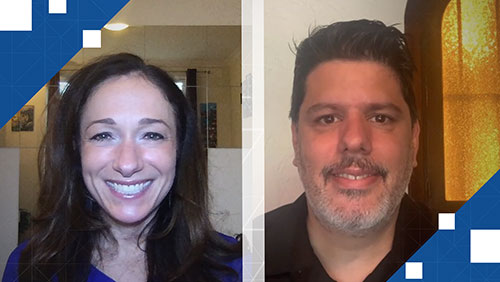 Its been ten years since I last interviewed Ramiro Atucha, Founder of Leander Games and COO at the time. Just over a year ago, Atucha left Leander Games and in January of 2020, emerged as the CEO of Vibra Gaming, a localized online platform and content provider for the Latin American market.

Atucha, a Buenos Aires native, began shifting his focus from the European regulated environment to the emerging LatAm market during his last years with Leander and identified an opportunity to “bridge the gap”.

By gap, Atucha means helping land-based operators in LatAm add an online component to their brand and helping European online operators and operators in other regulated markets expand their offering to LatAm.

While there are several particularly “ripe” markets in LatAm, Brazil has captured the attention of the iGaming industry and Atucha has spent a lot of time zooming in on this particular region.

“Brazil has a very unique characteristic which is they had a complete shut down around 2005, so its been 15 years and its like they’ve got stuck in time with certain games”, Atucha explained.

“So we researched what they use to play back then, the sort of games that they used to play. Whenever gambling is not regulated there is an unregulated side, a street market of games and we took our time to review what they were playing there and generated a few games around that”, he said.

“I always think that when you go to a market that is not so used to casino gaming, you’re going to find that there’s a gap to complete, there’s a learning curve”, he added.

Atucha pointed out how operators often hit the Brazilian market with slots, without taking into consideration the learning curve- its not that Brazilian’s dislike slots, rather they are just not used to them.

“If you make that gap smaller and help them through that learning curve with promotional tools, with games that they feel comfortable with, you’ll take the lead among other operators who still believe that localizing content is just translating”, Atucha advised.

“You need a bit more than [translating]- understanding the gambling culture, the level of maturity and the kind of content that they like- their gambling culture makes a difference”, he said.

Anyone who has been following the Brazilian market should be aware of the country’s passion for sports- especially football- and sports betting. Atucha agreed and added that Brazilians are big fans of video bingo as well and when on to share his thoughts on how to introduce other games such as slots.

“It is a must when you come to Brazil to have video bingo, of course sports betting, that will be their comfort zone. And that’s what you have to provide them. But of course you want them to move on, or to expand from that so I think that operators have two ways”, he said.

“One is they can come with their usual offering and at some point, eventually players are going to adapt”, he said.

“Or, some of them will take the lead and will take them by the hand and will bridge that gap and give them content that will make them feel comfortable, gain their loyalty and make a difference”, Atucha explained.

“That can be done either by local operators or with external operators that come respecting the culture and respecting and understanding what the localization should really be about”, he added.

When asked for his best piece of advice for operators who want to get involved with the Latin American market now, Atucha emphasized the importance of understanding the individual cultures within each country.

“I think it’s not a secret. We all travel, you’ve been yourself to Latin America and you know that Brazil is very different than from Argentina. Same thing happens with Peru, with Colombia, we have different cultures. Most of them speak Spanish, but our Spanish is not the same”, he said.

“There are countries with very, very funny examples of ads that went viral because the Spanish was wrong. So I invite them to take seriously into consideration the different cultures and to make the extra mile”, Atucha advised.

“This is a virgin market for online, so if they make the extra mile to provide something that will work for the players here, I think players will appreciate that. Hopefully from Vibra, or many other companies that are around here. We can help”, he added.