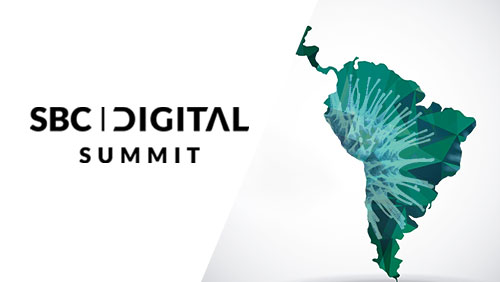 The SBC Digital Summit (SDS) continues to serve as a much-needed beacon for the global gaming industry, allowing those tied to the industry to share their thoughts and views on how the current coronavirus pandemic has upended everything. While there is little doubt that the economic impact caused by the current health situation is going to be felt for a very long time, there has also been some positive activity to emerge from COVID-19’s wrath. Spain and Latin America (LatAm) gaming operations were two of the big topics at the SDS this afternoon, and what’s coming down the pipe is expected to be a bigger, stronger and more regulated gaming industry.

Some of Spain’s leading gaming operators got together for a panel discussion on how the coronavirus is reshaping the country’s gambling scene. Represented were Bettson Group, Rank Group, Interwetten and Bet Entertainment, and the general consensus was one of a unified stance in response to the pandemic, as well as government-implemented restrictions. The operators were given little notice – two days, in most cases – to put lockdown policies in place, and the operators were able to pull it off without too much difficulty.

One policy implemented by the government caught everyone off guard, though. Spain’s leaders decided to force gaming operators to turn off all types of advertising and promotions, a move that no one had anticipated, at least not to the degree to which the government took it. Whether or not legislators took advantage of the coronavirus to lock down gaming or if it was, in fact, nothing more than a response to the current situation won’t be seen until after operators are allowed to return to business. Of course, in the meantime, the legal, regulated gaming industry will once again suffer against black market operators who remain active outside the law.

Four other panels were held that addressed specifically the LatAm market, with panelists exploring the region as a whole, as well as two of the major areas currently seeing the most movement in the gaming space – Brazil and Colombia. Across the entire region, the majority of the countries have created regulations that allow for land-based gaming operators to make an easy transition into the virtual, or digital, realm. This is going to lead to a great push toward online gaming operations, provided the proper legal and legislative frameworks can be implemented.

That push will hopefully come sooner, rather than later, but there is no doubt that LatAm is about to begin to receive an influx of new operators. This is a good thing, though, as what will be seen is an industry that is highly regulated, and which follows established responsible gaming protocols in other parts of the world. Colombia has always been seen as the example of how to establish a regulated gaming market, and it will most likely serve as the foundation upon which the entire LatAm region begins to further its gaming initiatives.

Where a lot of the action might be seen going forward is in the sports gambling sector. Several key players from Betcris, Vivagol, Apuesta Total and BtoBet connected with attorney Kristal Rovira of VIXIO Regulatory Intelligence to provide their insight into the changing market. What they revealed was that sports gambling was already gaining significant ground in LatAm before COVID-19, and this will continue moving forward. There might also be an increase in the number of mergers and acquisitions seen in the space.

One thing that should resonate with any business, regardless of the industry, is a comment made by Betcris CEO JD Duarte. He said that it is important that businesses create “antibodies” to fight the coronavirus, or any other virus, using the term to represent employing smart business practices that would prevent major economic catastrophes. Companies have to think responsibly, and not recklessly.

Brazil had been hard at work on efforts to introduce gambling expansion prior to the appearance of COVID-19. Those efforts aren’t stopping and, in fact, could be accelerated. In a panel led by Suaposta, Montgomery & Associates, Sportsbet.io and Ficom Leisure, it became obvious that the amount of attention given Brazil by the LatAm gaming industry is significant. Brazil was ready to pull the trigger on sports gambling, and the country could see the action legalized before the end of the year. That would be a very good thing, because soccer clubs, in particular, are debt-heavy, and no revenue could force some of them into bankruptcy. Not only could sports gambling soon be live, but so could gambling on other activities, such as eSports, as the country’s leaders move into overdrive to reverse the economic impact caused by the current health situation.

With one more presentation being held on LatAm operations, the final event focused on the regional leader, Colombia. Gaming regulators Fecoljuegos and Coljuegos joined representatives from Wplay and SBC News to discuss the state of affairs, with everyone echoing a similar position. While the coronavirus has caused widespread losses for the industry and will force some smaller operators to close permanently, there is some good that can come out of the debacle. The government is stepping up to provide a certain amount of relief (although it’s never enough), which will go a long way to helping employees keep their heads above water. However, more importantly, this is an opportunity for Colombia, as well as all countries, to analyze their gaming activity and improve overall operations. While recovery couldn’t arrive soon enough, at least gaming operators and regulators are using their time wisely to build for the future.