Home / Business / Becky’s Affiliated: Why localization in LatAm is essential & how to achieve it 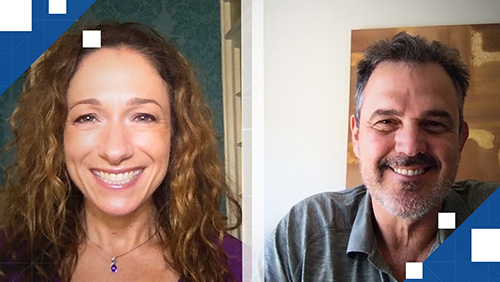 Everyone wants a piece of the Latin American market, especially Brazil considering its huge population’s appetite for gaming and the new sports betting law that has just been passed. The challenge for operators from outside the continent is nailing the complex localization, as Latin American customers will reject offerings that are not properly localized to their particular region.

The key to success as a gaming operator in Latin America is localization, but it really depends on which country you want to target as they are all truly independent of one and other. For example, bingo is key in Brazil because the game is embedded deeply into their history.

“In Brazil, bingo was legalized in 1994 and between ’95 and 2006 we must have had over 2000 bingo rooms in Brazil. And in bingo rooms were slot machines that had to be bingo-themed. So these over 10 years, people were used to playing in small casinos, bingo halls which were small casinos, which was multi-player bingo and single player bingo, what we call today ‘video bingos’, he said.

“It is important to understand that part of the culture is that they like to play these video bingos and we’ve been developing these games since 2001. We have a lot of experience developing video bingo games and we know that these games are essential and important to certain part and to localize the content into the Brazilian and Latin American context”, Nolte added.

Latin Americans enjoy games other than bingo of course, just like any other location around the world. The challenge for operators targeting Latin America specifically with these games is how to put the verticals together.

“The demographics for each one of the verticals is different and there’s not really much of a crossover from one vertical to the other”, Nolte explained.

“Part of the challenge is to really be able to localize and be able to offer the end user exactly what he wants in each one of these markets. What we know is the demand for games in Brazil is different than the demand for games in Mexico, for example. We know that live games do very well in Mexico but they don’t do well at all in Brazil”, he added.

“When you look into Latin America you really have to think about localization, all of these countries are very different from each other, not only in culture but in language, in the kind of games that people like to play, you have to localize. Without localization you won’t be successful in Latin America”, he advised.

To add to the complexities of localization throughout Latin America, there are regulatory challenges as well, especially because each LatAm regulator is independent of the other.

“In Brazil we have a gaming law that’s been approved, this is the first time in many, many years in Brazil. So we have a law that has been signed off by the president that allows for online sports betting and retail sports betting. This law still has to be regulated by the Ministry of Economics”, Nolte told CalvinAyre.com.

“Then we also have a proposal at the Senate which is a proposal basically for land-based casinos and we have another proposal at the Chamber of Deputies for a proposal that would allow many verticals, really allow bingo, casinos, sports betting and the local kind of game which has been played a lot in Brazil which is called Jogo do Brasil”, he said.

“So they have these two proposals trying to be approved in the Chamber and the Senate, but we only have one law which has currently been approved and that’s the sports betting law that allows online and retail”, Nolte confirmed.

“In Mexico, we have a land-based law, which with a specific authorization. The land-based licensees are also allowed to have an online operation. Peru is very similar, with land-based casinos, we don’t have a very specific online law, but we have online operations all over Peru and a lot of sports betting shops in Peru, so you will see that all over”, he said.

“In Argentina they just came out with a couple of new laws, more specific for Argentina, but its been very, very difficult, I would say its not really the kind of regulation that should be looked upon for the rest of Latin America”, he advised.

“Colombia has approved the gaming law, has created regulations and has been extremely successful. I would say its the first country that we can really say has been successful with gaming law regulations for online and retail”, Nolte added.

When asked for one juicy bit of advice for operators interested in getting involved with Latin America, unlike the complicated regulation response, Nolte’s answer swift and concise.

“Its very short. Its all about localization. If you want to be successful in Latin America, find a local partner”, he said.