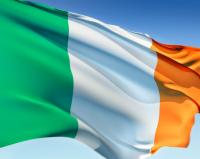 Exchange operator Betfair has unseated bet365 from atop the Oddschecker ranking for the first time in two years. Figures, posted by eGR, show a 5.3 percent swing between January and February meaning Betfair leads the top 10 by 3.1 percent with 20.6 percent of the market. Football and racing were the key contributors to the number one position and it means bet365 sit with a share of 17.5 percent. That’s more than double third place Paddy Power’s share of 8.6 percent. It will still be a blow to the firm and shows Betfair’s aggressive marketing campaign is paying off.

Irish ministers have decided to impose a tax on online gambling industry firms to being them in line with land-based operators. The Sunday Independent reports Simon Coveney, agriculture minister, wants to pass legislation that would see online firms taxed at 1 percent on all transactions. The aim is to help out Ireland’s ailing horseracing sector, which is in dire need of cash. Land-based bookies have seen revenues dropping and in turn, it means the money going to the sport went down.

Paddy Power is one of those bookies that have seen profits hit and are in support of reform. Although the man himself reiterated any changes would need be done properly.

“It is essential that it is a level playing field. It will need to be robustly policed to ensure everyone pays the same. We have no problem paying tax on our online earnings, we realise the situation the country finds itself in,” Power added.

All sides have been unhappy with the system for some time with changes mooted for a while. This could be another of the many false dawns and if that’s the case there will be a lot of unhappy faces in the bookmaking industry.