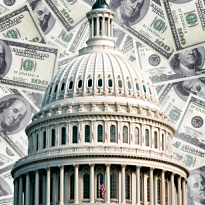 In defending his $10m (and counting) personal support of long-shot Republican presidential wannabe Newt Gingrich, Las Vegas Sands’ honcho Sheldon Adelson told Politico there was no expected quid pro quo in the extremely off chance that the Newtster ended up in the White House. In fact, Adelson claims to have never splashed money around political circles with the expectation his donations would somehow benefit his business interests. Adelson reminded Politico that he had “taken the position in my own business against my business interests, regarding internet gaming.” Sheldon’s being a bit coy here, in that he recently stated that the sums generated by US online poker “ain’t going far” when spread out amongst all the would-be providers, which suggests he doesn’t really believe he’s hurting his business interests all that much by staying offline. Still, Adelson feels strongly enough about the issue that he’s “prepared to testify in Congress that I’m against [internet gaming].”

For more proof that Adelson doesn’t believe in the standard process of bending a politician’s ear, check out the measly $10k that Sands spent in Q4 2011 to lobby US federal politicians on gaming issues. Then compare that to Caesars Entertainment, which spent $784k in the same period, largely on the two internet poker bills that have yet to come up for a vote in the House or Senate. That sum may seem like a lot, but it’s less than the $868k Caesars handed lobbyists in Q3, and it’s only 0.35% of the $220m that Caesars lost in the last quarter, so, chump change, really. Caesars routinely leads the federal lobbying pack, with the next closest major B&M casino outfits being MGM Resorts at $150k and Boyd Gaming at $50k. Bwin.party, the remaining third of the MGM/Boyd/Pwin online poker joint venture, spent $60k. All three companies’ spending was unchanged from Q3.

Those purporting to be acting on behalf of the gaming industry were also big spenders. The American Gaming Association spent $511k (about the same as in Q3), the Poker Players Alliance splashed out $315k (+15k), while the Interactive Gaming Council, which relies on funding from PokerStars and other international operators, contributed $230k (unchanged from Q3). The American Greyhound Track Operators Association spent put in a chihuahua-sized $30k (unchanged).

All this and still no federal online poker legislation… Is the system broken, or functioning exactly as it was intended?