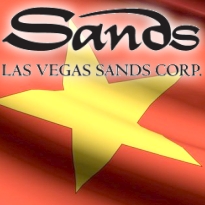 Las Vegas Sands chairman Sheldon Adelson recently took time out of his busy schedule of writing checks to Newt Gingrich to discuss his company’s expansion plans in Vietnam. In an exclusive interview with Vietnam Investment Review, Adelson revealed that not only is he planning an integrated resort in Ho Chi Minh City (formerly Saigon), he’s also contemplating constructing a second facility up north in Hanoi. Adelson said Sands has never simultaneously developed two projects in the same country, but during his inaugural visit to Hanoi to discus the Ho Chi Minh City project, he “talked to many people in the hospitality industry and tourism and I now think Hanoi has the same potential as Ho Chi Minh City.”

Western casino companies are practically knife fighting with each other for the rights to build in countries across Asia, but Adelson figures Sands has an ace (or a katana) up its sleeve. “We are the only developer in the world that is developing IR [integrated resorts] which is our convention base … our fundamental business model is designed to support exhibitions and conventions.” Adelson maintains that Sands was alone among its Nevada brethren to emphasize the convention and exhibition business in Las Vegas during the 1990s, and he thinks the company can work wonders with the available scenery in Vietnam. “Vietnam … would like to boost tourism. Vietnam has no IR so far and that is a fundamental component of our company. So it’s an extremely comfortable fit.”

Adelson already has a design concept for the Ho Chi Minh City project, based around the sails in a boat. “We design two buildings to look like two sails in one ship. The idea is to build a building that goes with the identification of the city. The water and the river are so much a part of Ho Chi Minh City.” As for how much such a boat/building would cost, Adelson figures a “very rough number” would be “at least $2b [but] we will pay whatever it takes.” As for a time frame, Adelson estimates taking six months to a year to plan, then two more years for construction. “Generally, it will depend on how fast the government will move.”

Adelson likely assumes the government will move mountains to assist his investment. Wynn Resorts CEO Steve Wynn is also a big fan of ‘can do’ Asian governments. Wynn once told CNBC that he preferred the government in Macau to the one in Washington. “Macau has been steady. The shocking, unexpected government is the one in Washington. That’s where we get surprises every day. That’s where taxes are changed every five minutes. That’s where you don’t know what to expect tomorrow. To compare political stability and predictability in China to Washington is like comparing Mount Everest to an anthill. Macau and China is stable, Washington is not!”

Steve might want to add Nevada to his shit list. Nevada’s casino taxes are the lowest in the country (and a mere fraction of what Steve’s Macau operations pay), but on Tuesday, a ballot advocacy group backed by conservative businessman Monte Miller filed an initiative that would raise the Nevada gambling tax rate from 6.75% to 9%. Nevadans for a Fair 9 Percent Gambling Revenue Tax is hoping to collect 70k signatures by November, after which the list will be handed to the state legislature in 2013. If the legislature rejects turning the proposal into law, the initiative would go on the state ballot for 2014 and the electorate will decide the casinos’ fate. While it’s odd to think of a conservative American businessman seeking to raise taxes on anything, Miller claims the boosted casino tax would allow legislators to lower taxes on other, smaller businesses. The Nevada Resort Association called the initiative “reckless and irresponsible” and plans to “oppose it vigorously.” Cue epic Steve Wynn rant in 5…4…3…2…1…