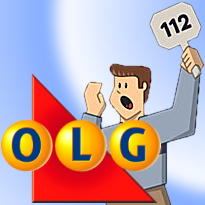 The Ontario Lottery and Gaming Corp. (OLG) has extended its deadline for companies to submit bids to supply the provincial gaming authority with online gambling technology. OLG rolled out the welcome mat for bids in early December, but only three companies – GTECH G2, OpenBet and Amaya Gaming – got their bids in before the Feb. 3 deadline. According to a report in eGamingReview, nine other companies requested that the deadline be extended so they could finish adding pictures of beavers and hockey players to their PowerPoint presentations. It’s not known how long of an extension these laggards have been granted, but once all the bids are in, OLG is expected to take seven weeks to consider each proposal, emerging with a short list of companies OLG reps will then visit in person, followed by actual contract negotiations with the perceived frontrunner. OLG is not expected to make its final decision before summer 2012, with a partial product launch anticipated by the end of the year.

It’s likely no coincidence that the three bidders who managed to turn in their homework on time already have a presence in Canada. OpenBet supplies online gaming platforms to provincial lottery outfits in British Columbia and Quebec and made a recent foray into the Maritime provinces via a deal to supply the Atlantic Lottery with sports betting software. Canadian-based Amaya recently got even more Canadian via its bid to takeover Dublin-based (but Toronto-born) Cryptologic. GTECH G2 is one year into a five-year contract to supply Loto-Quebec with the backbone of its Canadian Poker Network (which BC joined a year ago).

In Ontario brick-and-mortar gambling news, a proposed casino in Toronto is receiving mixed support from residents of Canada’s largest city. A Forum Research poll found 50% of respondents were against adding a casino to the city’s gambling options, with 36% in favor and the remainder having no opinion. The highest levels of casino opposition came from women (55% opposed) and senior citizens (59% agin’ it). Two sites have been floated as front-runners to host the new gaming establishment: the 197-acre Exhibition Place facility near the shoreline of Lake Ontario, and the Woodbine racetrack in the city’s west end (where slots are already in operation). City councillor Giorgio Mammoliti thinks both locations should be given a casino, but this opinion is considered a very long shot.

OLG president Rod Phillips told the Toronto Sun that part of the motivation to construct a casino in the city was to serve the needs of local customers, rather than serve as a tourism attraction. OLG operates casinos along the border with the United States, but a perfect storm of conditions — the Canadian dollar’s rise to parity with the greenback, the institution of mandatory passport requirements at border crossings and the construction of casinos in US border states — has resulted in OLG’s border casino contributions to the province falling from $800m to $100m over the past decade. Nevertheless, politicians representing ridings with border casinos are expected to mount fierce opposition to the possibility of any new competition. To this, Mammoliti says tough tittie. “It’s time for Toronto to get some help here. We’re suffering. And it’s time that everybody consider us for a change.”