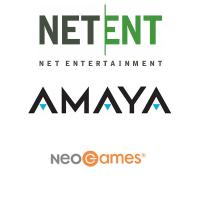 Amaya Gaming Group has finally got its prize after agreeing a deal to buy Irish firm CryptoLogic. The agreement, worth $38.5million, builds on the 7.5% stake they already owned in the firm and brings to an end a lengthily takeover saga. The deal represents another step to the fore internationally for Amaya and it’s something that president and chief executive David Baazov knows only too well.

“We look forward to completing the acquisition of CryptoLogic as another important step in our international expansion strategy to deliver leading edge gaming solutions to our expanding global client base of regulated gaming operators and governments.”

Software supplier NeoGames has unveiled its first scratch card that allows real life scratching combined with two games in one. Sampo allows players to take part in Match 3 and X&O and managing director Shay Bar-Josef commented: “We are very pleased to announce the release of ‘Sampo’ scratch cards, the first game that offers a real-life scratch simulation and two games in one card concept”.

Casino game supplier Net Entertainment has released its newest high-paced multi-reel video slot. Starburst is a five-reel 10-bet line slot that “mixes vibrant colours in an arcade atmosphere.” Traditional Wilds are replaced with Starburst Wild, which expands over the entire reel and remains in place for three re-spins at no extra cost to the player. In this part of the game there’s the chance to win up to €50,000 in what is likely to fast become one of NetEnt’s most popular slots.