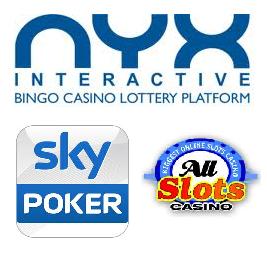 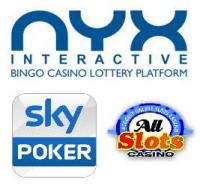 A company press release said NYX’s Rapid Platform will carry the LeoVegas web content and will be focused on smartphone and tablet mobile gambling customers.

CEO for NYX Interactive, David Flynn, said: “This latest launch shows the flexibility of our Rapid Platform  offering. The ability for LeoVegas.com to be able to specialize in mobile gaming whilst having the choice of content was paramount to this agreement. I’m very excited to see them launch with what is most probably the largest selection of mobile and tablet games in the industry today”.

Providers such as NYX Interactive, NextGen Gaming, Microgaming, NetEnt and Viaden will add to a wide range of products for the mobile consumer all within one environment, the press release stated.

After kicking off the year with two new online slots games, All Slots online casino has announced its mobile casino offering for those players who want to wager while on the go. The company also revealed in a press release that it added new currencies to the site – the Aussie Dollar – just before Australia Day.

Player Affairs Vice-President for Jackpot Factory Group, David Brickman, said: “Online casino gaming is becoming increasingly popular in Australia and with everything going mobile it’s only natural to see more Australians playing at All Slots Casino on their mobile devices.”

As his first-ever appearance in London, Sky Poker have challenged Berg to do what he does best: recreate a building out of free-standing cards.

However, the twist is, he has to make one of Britain’s famous landmarks and Sky Poker are letting friends, fans and online poker players get to decide which landmark he will create. If you’re interested in having your say, visit the Sky Poker Facebook Page to cast your vote.

Voting will close 11 February. Too see how much heavy breathing and stamping around you can get away with to try and hinder the process, head over to Aspers to see The Cardstacker Challenge on 15-27 February.