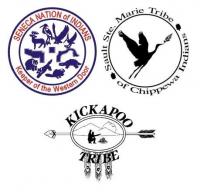 Council members in Niagara Falls, New York voted yesterday in a bid to receive outside help for its casino cash problem that has meant the city hasn’t received revenues since March of 2010 and is now owed roughly $60 million.

The city council decided in a 4-1 vote to form of an ad hoc committee, which will assist in securing slot machine money that has been tied up for years in a dispute between the Seneca Nation of Indians and the state of New York.

One of the four lawmakers who supported the vote, Councilman Glenn Choolokian said in a report by the Niagara Gazette: “We’ve got to be aggressive. We just can’t sit by for another three years.”

Council Chairman, Sam Fruscione, said the committee may consist of individuals who have experience with lobbying in Albany.

Over in Oklahoma, officials in the city of Shawnee are considering a casino development to be built by the brilliantly named Kickapoo Tribe stretching 56 acres across the city’s western edge.

In a report by NewsOK, general manger of The Kickapoo Casino, Che’ Downs, said the casino would be located on Highway 177 and MacArthur, with land has being purchased from tribal members. The National Indian Gaming Commission has already approved the tribe’s proposal to build a casino there, he added.

“The project is still in the planning stages and we’re working on a master plan,” Downs said. “Right now, we don’t know how large it’s going to be, or anything about future expansions.”

The new casino is hoped to be completed within the next two years, Downs confirmed.

In other, less optimistic US Indian Tribe news, reports online have stated that a major casino hoped to be built by an Upper Peninsula Indian tribe in Lansing, Michigan faces long odds.

Legal observers said in a report by Detroit Free Press yesterday that the $245 million casino planned by the Sault Ste. Marie Tribe of Chippewa Indians has low hope as only a handful of off-reservation gaming sites nationwide have won federal approval.

“Any kind of casino operation that close to the city of Detroit is going to cut into the city’s casinos’ profits. That alone will probably be enough to kill it in Congress.”