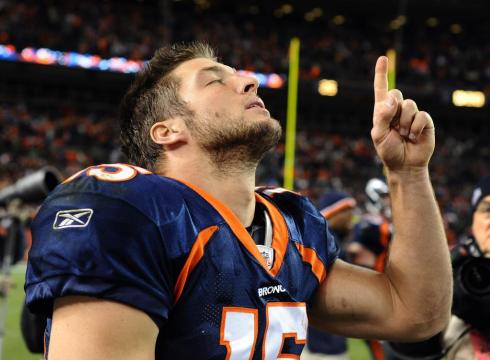 The beginning of January kicks off a month of football that is unmatched. NFL playoff time means the best six teams in the league battling it out for a place in the most watched television broadcast in the USA – the Super Bowl.

Wildcard weekend opens up with two teams relatively new to all this playoff malarkey. When you think of the Cincinnati Bengals visiting the Houston Texans it conjures up images of fighting it out for the first draft pick. This year is very different. Two defensively minded enter Reliant Stadium as the Texans make their first playoff appearance in franchise history. Half way through the season they were the AFC Champions in waiting with only the Packers in the way of the Lombardi. QB Matt Schaub got injured and that was that gone and almost the season with it. Thankfully the defence stepped it up another notch and carried the team into the playoffs. The term defence wins championships couldn’t be more apt.

The Bengals’ hopes rest on a solid D and rookie QB Andy Dalton. They’ll just be hoping he doesn’t go the way of Carson Palmer in his first playoff appearance. Another question: can Marvin Lewis win a playoff game as head coach. Without the pressure of the home crowd? Maybe. Just, maybe.

Saturday’s late game is the shootout everyone’s been waiting for. The Detroit Lions already visited the New Orleans Saints this season when they were trounced 31-17 in week 13. One key difference this time around will be the presence of Ndamukong Suh and two other starters that missed the game.

Bad news is the Saints don’t lose in the Superdome and have outscored opponents by an average of 41-18. The script would suggest a Drew Brees-inspired New Orleans romping to victory. The beauty of the playoffs is often finding the very same script screwed up in the corner being pissed on. The Lions have their own gunslinger, Matthew Stafford. He hooks up with Calvin Johnson and it’s potentially lights out. Vegas have the Lions as 10 point underdog with the over/under score wise sitting at 58. This one will be worth the late night.

One of the more undesirable clashes of the weekend hits the New Jersey swamps on Sunday lunchtime. Atlanta took the first NFC wild card spot and is rewarded with a trip to face the unpredictable Giants. Since they upset the Patriots back in 2008 the Giants have had no playoff love. They need  Eli Manning to carry on where he left off in the regular season and Osi Umenyiora to get all up in Matt Ryan’s grill. Otherwise the upset is on.

The curtain comes down on Wild Card weekend at the Mile High as the Broncos host the reigning AFC Champion Pittsburgh Steelers. Tebow-time officially got underway, reached a plateau and cantered downhill in a shorter time than it took Floyd Mayweather to write his anti-Tebow wager down. The running, jumping and throwing machine has hit a trough at the wrong time as the Broncos aim to reach divisional weekend. Much of the pressure will be on running back Willis McGahee with long third downs not something they want to encounter. This isn’t the Steeler juggernaut of yesteryear though. Mike Tomlin’s charges are softer against the run this year and if they don’t contain the Broncos D they will find an injured QB on the sidelines. The Broncos are at home and if they can use the crowd to their advantage there’s nothing to stop Tebow making it to week two