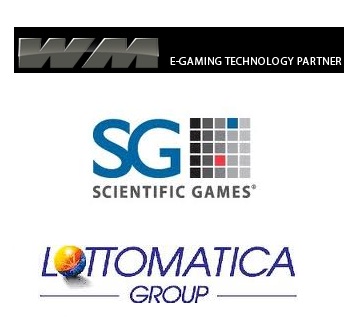 World Match has announced its new multi-line slot named “Contraption”, which the company say will “revisit science-fiction adventures” and time travel – made possible due to “new mechanical instruments”. Hmm Sounds pretty mysterious to us.

The company excitedly declared in a press release today that its brand new slot will enable players to experience “the thrill of travelling back and forward in time, directly from the comfort of their houses”.

A Spin Stop feature will enable the player to stop the spin at any time, increasing the frequency of play during the session and his/her chances to win. There’s also a Bonus Game where players can win additional prizes if the combination of symbols for Bonus Game appears – opening six fob watches to win the sum of all the corresponding amounts.

The first lottery vendor in the industry to be certified by from the North American Association of State and Provincial Lotteries (NASPL) in 2007 – Scientific Games Corporation – has announced it has yet again received re-certification and “quality best practices” from the NASPL for its software development.

The NASPL-defined “best practices” provide both lotteries and vendors with simple, documented and approved methods for ensuring quality in the product development process.

In a press release, the company said the official “Requirements Definitions and Development Process Certification Renewal 2011 Assessment Summaries from NASPL indicated that Scientific Games has continued to show clear evidence of an unwavering commitment to quality since the Company received the original certification four years ago”.

Vice President of North America Operations for Scientific Games, Pat McHugh, said: “Our focus on supporting customers and providing quality technology-based products is key not only to the continued expansion of our lottery systems business, but to driving innovative products across all of our business units.”

Italian lottery operator, Lottomatica Group, has announced that its subsidiary – Spielo International – has been selected yet again by the Alberta Gaming and Liquor Commission (AGLC) in Canada to provide SPIELO’s “Distributed Game Management Module” for its Intelligen video lottery terminals (VLT). In English, this means the replacement will make their operations more cost effective.

In a press release, Lottomatica said its replacement VLTs represent the “4th generation of SPIELO International cabinets” and an application for Intelligen – the DGM Value-Added Module – will enable remote game switching, quick game validation and authentication to supported VLTs, including VLTs from multiple vendors.