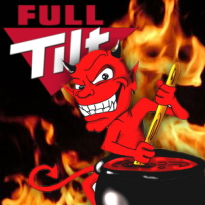 A few more details have emerged regarding Thursday’s announcement that Groupe Bernard Tapie (GBT) had reached an agreement in principle with the US Department of Justice that would allow GBT’s acquisition of Full Tilt Poker to go forward. Speaking to the Associated Press, GBT lawyer Behnam Dayanim called Thursday’s agreement “the first step in a process … if the Full Tilt companies agree to forfeit their assets to the United States, the United States will sell those assets to GBT.” Jeff Ifrah, attorney for FTP supremo Ray Bitar, called the deal “prepackaged forfeiture.”

Cozen O’Connor’s Barry Boss, one of the lawyers representing FTP, told AmLawDaily that the next stage of the “three part” process would be split between Dublin and Paris as FTP and GBT hammer out a forfeiture agreement. Bitar and other FTP directors have agreed to walk away from their FTP shares, but if two-thirds of FTP’s remaining shareholders approve the deal, the parties then go back to the DoJ and start, in Ifrah’s words, “figuring out how everything will work out as planned.” Dayanim, who also acted as PartyGaming’s attorney in its $105m settlement with the DoJ in 2009, was “optimistic” that the deal would go ahead, but cautioned that there was “nothing tremendously fixed in stone.”

Sources told the Wall Street Journal’s Alexandra Berzon that the $80m price tag the DoJ has put on FTP’s assets is actually half that sum, as the DoJ has reportedly promised to unfreeze $40m in FTP’s international bank accounts. Ifrah told ESPN.com’s Andrew Feldman that the deal also specifically permits a reincarnated FTP to re-enter a future regulated US market (or, more realistically, requires US regulators to at least glance at FTP’s license application before tossing it in the basket).