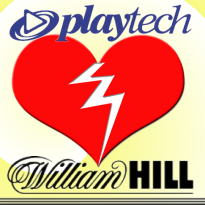 Online gaming technology provider Playtech turned in its Q3 report card on Wednesday. Compared to the same period last year, casino revenues were up 34% to €28.9m and bingo was up 24% to €3.8m, while poker fell 2% to €5.6m (although this was 13% higher than Q2 2011). Videobet revenues contributed €2.2m and the services division kicked in €19.5m. Overall revenues were €61.5m, up sharply from 2010’s €32.5m. Despite the revenue rise, Panmure Gordon analysts maintained its ‘hold’ recommendation on Playtech’s stock, citing ‘uncertainty’ in the group’s proposed joint ventures.

Profits from Playtech’s 29% stake in William Hill Online (WHO) fell 2% in Q3 to €8.6m (down 3% from Q2 2011). The three-year-old JV with William Hill was recently the subject of a lengthy examination by the Financial Times’ Roger Blitz. Blitz recounted the JV’s rocky year, which included Hills slapping an injunction on Playtech to prevent it from selling off its share in WHO. Playtech allegedly retaliated by scuppering Hills’ plan to buy mobile specialists Probability. Then, of course, there was the Israeli Insurrection™. All of which likely contributed to Hills’ honcho Ralph Topping‘s decision to take the dispute public via his personal blog, in which the CEO/comedian suggested that even talking to Playtech execs was fraught with peril.

“Had a real chuckle on the phone with an exec at another organisation that has Playtech as a supplier. He was pointing out how unlucky Mor Weizer, Playtech’s young CEO, seems to be with technology. He always seems to have just had BlackBerry problems and laptop malfunctions when you call him or email him and he fails to respond by return. The current period of Trappist-like silence from Mor with me is nearly a week! It’s easier trying to get through to Lord Lucan is what we agreed. For a CEO at a tech company, Mor seems to be really jinxed by personal tech. He should definitely sack his procurement person – they are letting him and his organisation down badly.”

“The conversation though gave me an idea for Mor’s Christmas gift!! I’m in New York next weekend and I’ve got to find a Hebrew bookstore that has a hardback copy of The Scarlet Pimpernel. Anyone know of such a bookshop? I’m sure I’ll find one in Tel Aviv if I draw a blank in New York. If I can’t find the book, no worries. I’ll give Mor a pre-paid international phone card as a gift for use when that old BlackBerry problem returns. Mor’s a pen collector as his hobby. Maybe he needs to use snail mail to keep in touch with customers? Anyway, I’ll keep readers posted on the duration of Mor’s silences from time to time and if his tech is getting more reliable.”

Contacted by Blitz for a reaction to Topping’s missive, Weizer declined comment. Insiders suggested Topping’s real beef was with Playtech founder Teddy Sagi (pictured right), who currently holds a 40% stake in the company. Hills is said to be annoyed by its inability to get Playtech to provide it with sufficient data on WHO’s global operations, plus the suggestion that WHO’s Tel Aviv staff remain loyal to Sagi, rather than to the JV that issues their paychecks. Despite being the majority owner of WHO, Hills doesn’t appear to be exerting too much influence over its junior partner.

Suffice it to say, if the relationship between the two companies continues down this road, the likelihood of the JV extending beyond its current commitments is dubious. As an insider told Blitz: “The status quo is the worst-case scenario.” Hills will have options in 2013 and 2015 to buy out Playtech’s 29% stake in WHO, but if Playtech won’t share info, would Hills even know what it would be buying?

With Playtech having assumed back-end dominance in regulated markets across Europe (based, in part, on the success of WHO), grumblings have begun that the company now views its position atop the totem pole as some kind of birthright. As always when the natives get restless, the opportunity arises for some equally talented but less, er, hubristic company to step up and claim market share at Playtech’s expense. Sadly, such a scenario might deprive us of Topping’s future comedy riffs about airline food, but such is the price of progress, we guess.