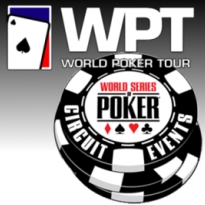 Sure, all the eyeballs in the poker world are currently laser-focused on Tuesday night’s WSOP showdown at the Rio, but there are a few other items of note to report. Across the pond in France, Adrien “All In” Allain earned the World Poker Tour (WPT) Amneville €3,200+300 main event title over the weekend, taking home a sweet €310k for his troubles. It’s the second major live poker scalp for Allain, having previously triumphed at the 2009 Asian Poker Tour Macau main event. The WPT Amneville saw 379 players take their seats over six days of play, eventually coming down to heads-up play between Allain and Jordane Quin, who settled for second and €170k. Thibaud Guenegou took third and €113k.

Stateside, Jerry Monroe has taken the World Series of Poker Circuit stop in Biloxi, Mississippi. The $1,600 main event attracted a field of 337, who battled over three days to arrive at a heads-up faceoff between Monroe and “Wild” Bill Phillips. Monroe earned $112k and a shiny WSOP-C gold ring for the win, with Phillips taking $69k and third-place finisher Jacob Naquin earning $50k.

North of the US border, the British Columbia Lottery Corporation is making good use of its online poker site PlayNow.com’s celebrity signing, Vancouver Canucks’ goaltender Roberto Luongo. The Roberto Luongo Charity Poker Classic will get underway Nov. 14 at the River Rock Casino Resort in Richmond, BC. Organizers hope the $300 buy-in event will raise $80k for various youth hockey programs. Online qualifiers are currently underway on the PlayNow site.

Poker After Dark TV host Leeann Tweeden has decided to fold her clothes for Playboy. Again. The 38-year-old “fiscally conservative and socially liberal” Tweeden used to appear (fully clothed) on Fox Sports’ Best Damn Sports Show Period and has also done occasional guest spots on Fox News with Sean Hannity. Speaking of Hannity, Tweeden confesses that she doesn’t know if the conservative blowhard will “look at me differently now when I’m sitting next to him, talking politics.” The issue goes on sale Nov. 11, but you can find teases on the Playboy site, and, um, below. This may be the first time we have ever been jealous of a starfish. 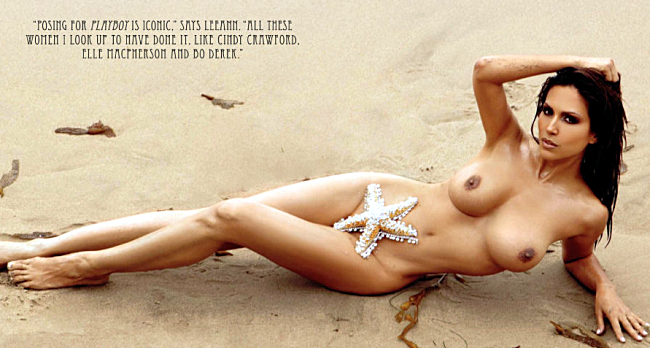