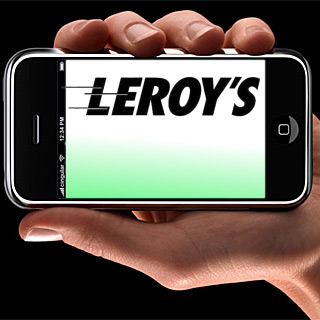 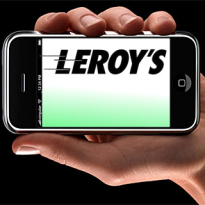 As Ireland ponders changes to its gaming laws, the general consensus of the Irish Bookmakers Association (IBA) is that winter is too damn long. Either that or there needs to be a change in the law that compels betting shops to close three hours early between September 1 and March 31 (certain Fridays excepted). Speaking to the Irish Times, Ladbrokes’ managing director in Ireland Joe Lewins claimed 20% of the company’s business happens during those magical twilight hours of 6:30-9:30pm. In a further bid to grease lawmakers’ wheels, the IBA hinted that longer hours would earn the government an extra €5.28m in betting duty, while Lewins got personal, noting that Ladbrokes alone had laid off 125 Irish workers – mostly students — at summer’s end. Why do you hate higher education, Irish politicians? WHY?

Another current preoccupation of Irish bookies is being allowed to conduct transactions via “betting tablets” within their shops. This “iPad type betting” is supposed to satisfy the needs of punters who bring real iPads to the shop and use them to bet online, which doesn’t help shop turnover. The IBA estimates a tablet tax would earn the government up to €4m. The IBA was also keen to stress that this was in no way a back-door attempt to introduce slot machines. Seriously. (Alan Shatter, the Minister overseeing the law revision, has already ruled out the introduction of fixed odd betting terminals in Irish shops.)

Mobile betting continues its forward progress stateside, where the Nevada Gaming Control Board has approved the iPhone version of American Wagering Inc’s mobile sportsbook Leroy’s App. The app, which allows Nevada residents to make sports wagers within state borders via their mobile devices, began life on the Blackberry, moved to Android earlier this year, and now becomes the first free sports betting app on iTunes. Leroy’s estimates it now has 90% of Nevada’s smartphone market covered. The iPhone app will be subjected to field trials, expected to last anywhere from 30 days to six months. An iPad version is also in development.

Between the mobile app and its new betting kiosks in bars and clubs, Leroy’s Sportsbook president Vic Salerno figures his company “is everywhere, for everyone, at anytime. I have been doing this a long time. You see over time what works and what doesn’t. I can tell you that mobile wagering is where we are heading and I believe the rest of the gaming industry will follow, in the meantime we will continue to lead.”