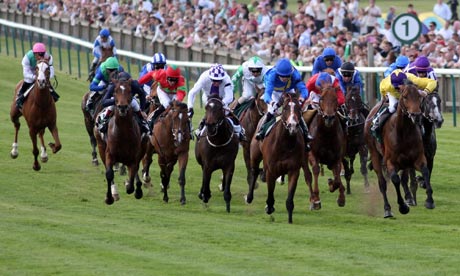 Earlier this year, Supreme Ventures Limited (SVL) received a ten-year extension to its lottery and gaming licence in Jamaica. SVL, now the biggest lottery operator in the Caribbean, has signed a deal with Caymanas Track Limited (CTL) to sponsor the 7th running of the Supreme Ventures Jamaica Horseracing Series.

SVL of which, Intralot owns a 49.9 per cent stake, already has an extended network of 1,000 points of sales and also operates VLT lounges and with this new sponsorship agreement, SVL will provide sponsorship in the amount of J$5.5m for the entire series, which includes: a three-part challenge for native bred horses, with an additional J$1m bonus that can be won by the owners of the horse that wins the three-race series.

SVL will assign its lottery gaming brands to each race day at the Caymanas racetrack in Gregory Park, within the parish of St. Catherine. The first leg of the horseracing series will be held on October 15th for the Cash Pot ‘Only One For Me’ Trophy, with further events on November 26th for the Pick3 Race Day, and on Boxing Day for the Supreme Ventures Race Day.

Sonia Davidson, SVL’s vice president of group corporate communications said in the release,“Our company’s partnership for this horseracing series is borne out of a long standing relationship with CTL and extends way beyond the four horseracing meets we sponsor annually at the Caymans race track…Our association was further cemented last year when through CTL’s off-track betting parlours (OTBS), customers began wagering on international sporting events, with our sports betting brand – Justbet.”