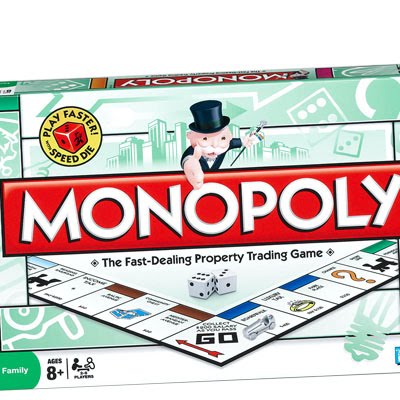 At one point in time a long time ago, during the days of the Boardwalk Empire, Atlantic City was one of the biggest gambling meccas of the world. In North America, there was no contest, Atlantic City was the place to be and it had the monopoly.

It’s not a coincidence that the board game Monopoly, one of the most popular board games of all time, was based on Atlantic City.

Much has changed in Atlantic City, it’s a shell of its former self, but a new marketing ploy may be helping to bring people back to the casinos.

As Forbes reports, Bally’s Atlantic City has constructed a large outdoor replica of the Monopoly board, complete with oversized dice, green houses, red hotels and game pieces such as the silver car. Tourists in Atlantic City are encouraged to take a walk at the Boardwalk and enjoy the nostalgia.

Shirley Theal of Niagara Falls, Canada said “You hear all your life about how Monopoly is based on Atlantic City and you play the game all your life, and now we’re actually here, on the real Boardwalk!” – Forbes.

Of course the nostalgia is great, but it does nothing for AC unless it drives people into the casinos. And while the promotion is a great way to restore some hype around Atlantic City, the struggling gambling location is still a fraction of its former glory days. Competition and a dismal economy hasn’t helped.

These days, the AC is still like the game of Monopoly. When people don’t land on your sites, you often end up going bankrupt.