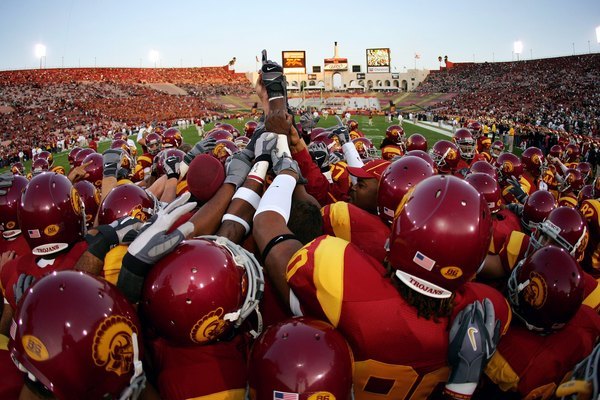 Sport bettors in Nevada were given a surprise boost this weekend when the Pac-12 made what is known in the trade as a “total balls up.” Many were waking up to the prospect of the new NFL season getting underway. At the same time, Vegas sports books had one of those hangovers where you know you’ve lost something but can’t put your finger on it.

The sports books then got the helping hand that every hung-over person wants in the same situation. As they found out though – it’s never really confirming something that you want to hear. In this case, it confirmed that a botched call by officials in the USC v Utah game meant that sports bettor triumphed over sports book.

The game originally finished up 17-14 to the Trojans and would have been more had officials not disallowed Torin Harris’ touchdown that came from a blocked field goal. The problem came thanks to the Pac-12 deciding to overturn this call and award a touchdown to USC. Final score 23-14.

It would have been fine had the line not been around 8.5 to 9.5 points. It meant that payouts came from sports books for all those that had bet on a Utah loss or the correct score. There has been much confusion with some sports books simply paying out on the original score with others stopping the payment of tickets on Utah and opting for USC.

The case does get you thinking as to whether this could ever happen in soccer. Think back to last summer’s World Cup in South Africa. Frank Lampard scores and the officials don’t see it only for FIFA to review it later on and award the goal to “Fat Frank.” Would any of the British sports books pay out?