Week 10 of the college football season is the most action-packed so far because the Mid-American Conference (six games on Wednesday) and Pac-12 Conference both kick off their seasons, and there are a few spectacular matchups from other leagues Saturday. 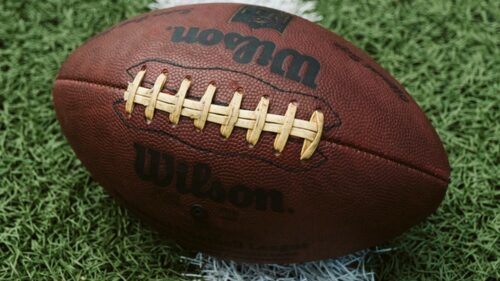 Let’s start with Friday when No. 9 BYU, an independent, visits No. 21 Boise State of the Mountain West at 9:45 p.m. ET. The unbeaten Cougars have a shot at reaching the College Football Playoff if they run the table, although their weak schedule will hurt. Boise State is the only ranked school currently on the slate. BYU is -3 and is 4-1 ATS in the past five meetings.

Southern Cal and Oregon are neck-and-neck as the favorites to win the Pac-12 this year – they play in opposite divisions and thus could meet in the title game.

The No. 20 Trojans open at noon ET (yes, 9 a.m. Pacific time) against Arizona State. That early start time is a new thing this year called Big Noon Saturday on Fox to get Pac-12 teams more exposure on the East Coast. Arguably the conference’s top two returning QBs will be in this game in USC’s Kedon Slovis and ASU’s Jayden Daniels. Both played very well as freshmen in 2019. The Trojans are -11 and 4-1 ATS in the past five in the series.

No. 12 Oregon, which has to replace three-plus-year starting quarterback Justin Herbert, opens at home at 7:30 p.m. ET against Stanford. Either sophomore Tyler Shough or senior graduate transfer Anthony Brown will replace Herbert – although both could and probably will play. The Ducks are -10, but the visitor is 4-1 ATS in the past five in this series.

By far the most important game of the year in the SEC East Division features No. 8 Florida vs. No. 5 Georgia as usual from the neutral site in Jacksonville, Fla., at 3:30 p.m. ET. The winner of the “World’s Largest Outdoor Cocktail Party” almost always claims the East Division and surely will again in 2020. Georgia won for the third straight year in 2019, 24-17. The Dawgs are -3.5, and the favorite has covered the past five in the series.

It’s also the game of the year in the ACC regular season as No. 1 Clemson visits No. 4 Notre Dame at 7 p.m. ET. Alas, it loses some luster as Tigers star QB Trevor Lawrence will not play after testing positive for COVID-19 last week and also missing a matchup against Boston College. There are no divisions in the ACC this year and it’s possible these teams could have a rematch in the conference title game – especially if the Irish pull off the upset on Saturday. Clemson is -6 and 12-3 ATS in its past 15 on the road.

The marquee game from the Big 12 is No. 14 Oklahoma State at Kansas State with a 4 p.m. ET start. The Wildcats may want to focus on stopping OSU running back Chuba Hubbard as last year the Canadian rushed for 296 yards and a TD in the Cowboys’ 26-13 victory. The Pokes are -12.5 this time but 2-7 ATS in the past nine meetings.