Home / Sports / Scandal rocks The U 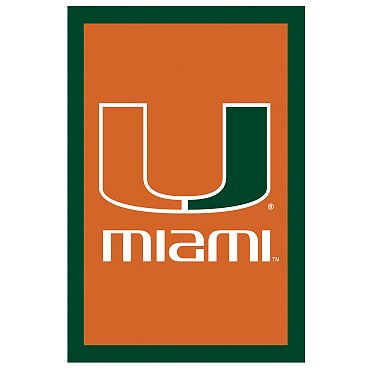 There’s been another scandal in college football, let’s all try to act surprised. As the Boston Globe reports, the University of Miami is once again mired in scandal over allegations that former Hurricanes football team booster Nevin Shapiro provided money and other benefits to at least 72 players from 2002-10.

Names have been named.

One of the names named was Vince Wilfork, now the defensive lineman for the Patriots. Wilfork was named among the list of 72, and allegedly received $50,000 during his junior season as a Cane in return for signing with Shapiro’s agency, Axcess Sports. As a kid going to college in Miami, $50K is a lot of cheese. Reports are flying that strippers, hookers, cars, and anything you can think of were provided by Shapiro.

Shapiro told Yahoo! Sports: “[I asked Wilfork] ‘What’s it going to take for [you[ to sign with Axcess [Sports]?’ We gave him $50,000 in cash. He was in the middle of his junior [season]. After that, I was at the draft day party with him — which we put together for him,”

Wilfork wasn’t the only one to be named. Yahoo! Sports has uncovered a number of individuals that are associated with this scandal including well-known NFL players like: Devin Hester, Frank Gore, Kellen Winslow Jr., Jonathan Vilma, and Willis McGahee.

Shapiro’s claims include numerous NCAA violations including giving players money, lodging, food, and other gifts. The University of Miami said that it’s cooperating with the NCAA on the matter but this doesn’t look like it will have a happy ending for the school. Heads are bound to roll and heavy sanctions will almost certainly be handed down by the NCAA if even half of what has been alleged is true.

It’s no longer a secret, it’s clear that many NCAA Universities have no regard for the rules of the NCAA.