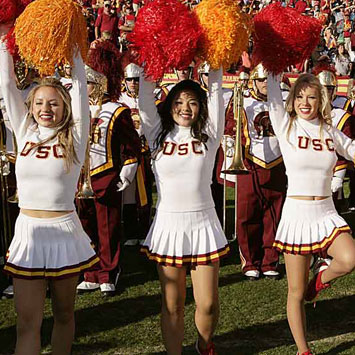 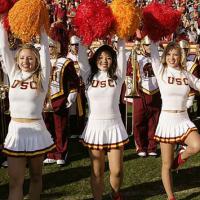 Sportsbooks, fans and bettors are certainly excited about college football beginning this weekend. College football is just one of those games you have to love, for the purity of it, at least on the field.

Off the field, College football is as dirty a business as they come and despite all the excitement surrounding the start of the season, nothing can shake the dark cloud that has surrounded the sport after having one of the most scandalous off-seasons in the history of the sport.

The scandals might have been able to be overlooked if they were limited to just a handful of guilty schools, but instead, the scandals and violations are so widespread that it looks like schools are making a mockery of the NCAA code of conduct.

If you look at what has happened in the past year, Ohio State, Southern California, Michigan, North Carolina, Tennessee, Georgia Tech, Boise State and national champion Auburn have either received NCAA penalties or are still under investigation.

Many of those teams are contenders for a Top 10 spot in the National rankings. And let’s not forget the almost unbelievable levels scandal and violations that have been alleged to have been going on at Miami University according to booster Nevin Shapiro. Already, eight current players have been declared ineligible for Monday’s opener against Maryland.

“I think the public in general is losing faith in our system,” said Mike Tranghese, former Big East commissioner. “And I don’t blame them.” – Times Picayune.

Well no shit Sherlock. Losing faith? I don’t think there should be any reasonable person out there that has faith in the “system.” In fact, it’s clear that colleges aren’t even following the “system” and it’s getting to the point where it actually might be better for the sport to distance itself from the NCAA. Then schools can pay players all the money and give them as many gifts as they want to in peace.