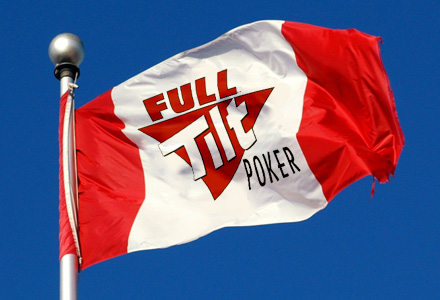 Another day, another lawsuit against Full Tilt Poker and it’s another group of Canadian poker players. For the most part we Canadians aren’t a litigious lot but if we’ve been wronged we’ll go to the mat for what’s right.

The Consumer Law Group (CLC.org), led by lawyer Jeff Orenstein has launched a class action suit in Montreal on behalf of the Canadian Full Tilt Poker players. After the US Department of Justice froze Tilt’s accounts on Black Friday, the poker company still allowed Canadian poker players to play. But since June 29th when the Gaming Commission of Alderney suspended Full Tilt’s license, Canadians haven’t had access to their cash.

According to Orenstein’s estimates, Canadian poker players are waiting for the return of approximately $10-20 million.  His reasoning is that Canadians made up about 10% of Full Tilt poker’s player base when the indictments happened; Tilt was holding about $150 Million in player’s balances at that time.

Some players have estimated that Full Tilt has over $100,000 of their money but most players are waiting for much smaller amounts.  The lead plaintiff in the case is said to have between just $1-5 in his account.

The fact that PokerStars, despite the living under the same indictments as Tilt, has jumped through the necessary hoops return players cash makes Full Tilt’s unwillingness or inability to pay players their cash that much worse.

Some shadier gambling executives forget that when players deposit money into a gaming company’s account, it still belongs to the player until they bet and lose it.

Companies like Full Tilt Poker and BetED/Covers.com need to remember it’s not their cash and they need to do the right thing and return the people’s money.

I’m not a big fan of lawsuits but as Full Tilt Poker has made no real attempt to return players money, lawsuits are likely the best option for players to see the return of their money.

The lawsuit still needs the approval of a Quebec judge before it can proceed. If a Judge approves the case then Orenstein intends to go after Tilt’s Canadian and US assets including the accounts of Canadian third party payment processor Terricorp Inc which has bank accounts in Canada.

If you’re a Canadian and you want to take part in the Class Action Lawsuit against Full Tilt Poker here are the details.

The lawsuit is open to all residents in Canada or Quebec who have money being held in their Full Tilt Poker Player Accounts since approximately June 30th 2011, or any other group to be determined by the Court and you need to fill out a form to be included. The form can be found on the CLC.org website