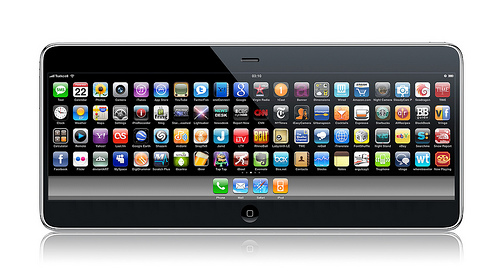 Centrebet’s iPhone app has gained approval from Apple and is available to their entire Australian customer base. The app and website have been optimized for use on Apple’s device and Centrebet’s mobile marketing specialist Jack Sangster told eGaming Review that he believed the product, “Will become Australia’s premier mobile betting service for our punters.” The approval comes only a day after the Aussies revealed that they’d be reviewing the country’s online gaming industry with particular attention paid to smart phones. It was also a momentous day for Centrebet themselves after Sportingbet gained legal approval for their takeover of the Australian gambling industry firm. That may now pave the way for Ladbrokes’ takeover of Sportingbet that could be worth as much as £600million.

William Hill has, according to Marketing Magazine, appointed Fiona Stevenson as their first head of mobile marketing as they continue to back up the gaming industry’s favorable stance towards mobile. The position will involve raising consumer awareness about the firm’s products. Stevenson joins the firm from EA Mobile where she was Product Marketing Director. Before that she was T-Mobile’s head of MMS marketing and both past appointments will give her a perfect footing at the gambling industry old-timer. The news comes after they unveiled a new mobile site last month and saw the money made from that part of the business increase massively.

Betfair is rolling out an achievements-led incentives program that will reward users for visiting and placing bets on different areas of the site. Jeremy Sulzmann, global head of customer engagement at Betfair, told Marketing week, “We’re taking a page from some social networks’ achievement-led ideas. I’ve always found propositions like LinkedIn’s progress bar quite powerful, it’s innate to want to get to 100%.” A pilot program will launch over the next few months and mean that Betfair customers can let themselves loose on all manner of bets. How many points do you get for betting on the firm’s share price dipping below 500p?