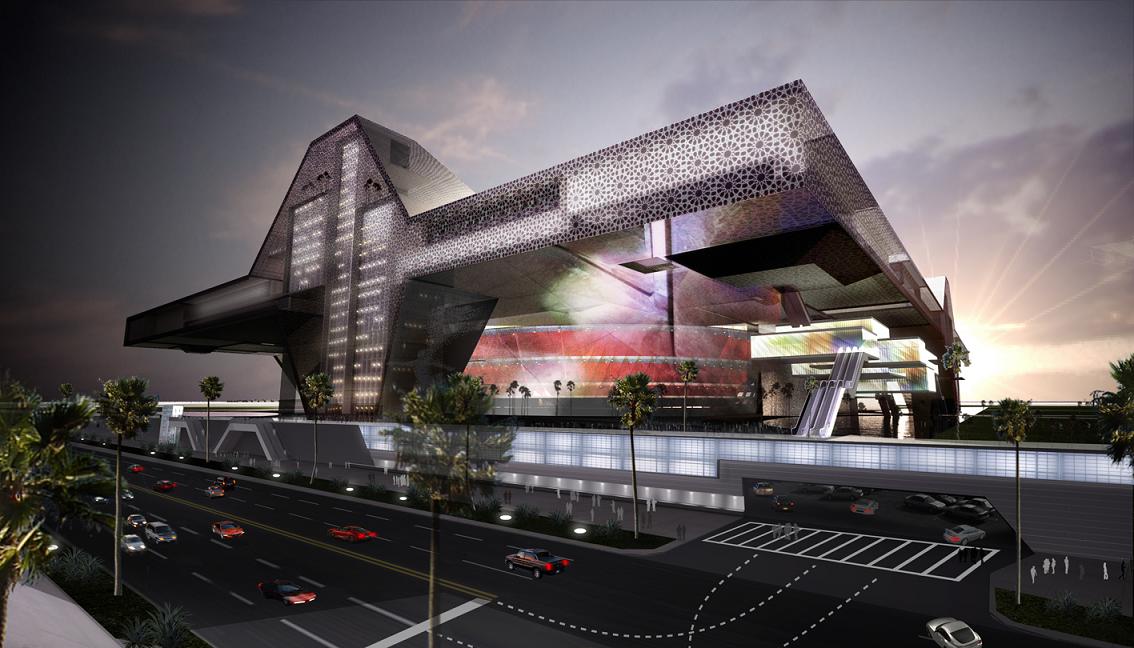 Stadium building will have reached its nadir by the next World Cup after reports surfaced estimating the cost of Qatar’s flagship Doha Sports City Stadium at over $2billion. Before you ask, that’s more than Jerry Jones Stadium in Dallas ($1.3bn). Hell it’s even more than the FA’s world record-breaking attempt at London’s “White Elephant Stadium” (aka Wembley, also coming in at $1.3bn)

Stadium designer and senior principle at Populous, Dan Meis, explained that plans to increase the stadium’s capacity from 46,800 to 65,000 will take costs to the Guinness Record Breaking threshold. Where’s Kriss Akabusi when you need him?!

It’s all hunky-dory though. Architects say that Sports City will be the “most flexible, technologically sophisticated and environmentally sustainable stadium the world has ever seen”.

According to Populous, cool air will be pumped at ankle and neck level in every row of seating. That then descends and filters through the entire venue to give both players and fans a comfortable experience.

Meis is quoted by the Gulf Times as saying, “A lot of the cost is the fact that it’s much more than a stadium.

“That’s kind of the big idea, that it’s a full entertainment destination in one building. It’s a mall, it includes a hotel tower, an office tower and a media tower that all support this giant floating roof and there’s occupied space up on the roof, as well.”

Other features of the stadium include a roof inspired by the shape of a Bedouin tent. According to latest design reports, it will also have a partially-retractable roof, retractable pitch and a transformable seating bowl.

We’re not lying when we say everyone’s going to be expecting a hell of a lot. Floating stadiums and air-con are the tip of the iceberg my Qatari amigos! By 2022 we fully expect the world of soccer to have been transformed into a game played by holograms and with virtual reality balls. This is well into the 21st century after all and the Jetsons told me it was going to happen that way!