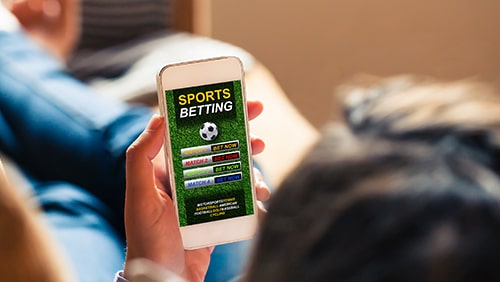 The trend that started when NFL and college football action got underway continues on Bodog, with the sportsbook seeing most of the action on football games this past weekend. However, soccer matches in both North America and Europe also proved to be enticing and made an impact on the final numbers. Although they didn’t capture nearly as much attention as football, they still accounted for five of the top ten spots on the sportsbook.

Heading the top-ten list on Bodog this weekend, the NFL maintained its usual spot with 42.64% of the wagers. Only slightly behind was college football, which captured 42.01% of the bets. Ultimate Fighting Championship (UFC), which featured Deiveson Figueiredo and Alex Perez in the flyweight main event (and even Beyonce’s “Halo”), was a distant third at 4.37%. The ATP World Tour Finals took 3.41% as Daniil Medvedev overcame Dominic Thiem on Sunday for the single’s title.

Soccer was then responsible for five of the remaining six spots, broken up only by table tennis, with 1.17%. Major League Soccer in North America grabbed 1.76% of the wagers, followed by the Premier League with 1.65%. Premier League Live wagers proved interesting, as well, getting 1.06% of the attention on Bodog. Germany and Spain made it on the list, as well, even if they only squeaked on. The German Bundesliga took 0.97% of the wagers, while Spain’s La Liga was responsible for 0.93%.

It’s possible that, one day, soccer or basketball could prove to be as strong with gamblers as football, but that won’t happen anytime soon. On Bodog, the NFL game between the Kansas City Chiefs and the Las Vegas Raiders saw the most action, grabbing 26.53% of the share. As expected, the Chiefs won, but only by a four-point margin. The matchup between the Green Bay Packers and the Indianapolis Colts was also a hot one, taking 14.42% of the wagers. The Colts, favored to win at -125, pulled off an OT victory and now have their eyes firmly on a playoff spot.

The Miami Dolphins have turned up the heat this season, which is probably why their game against the Denver Broncos was good for 9.1% of Bodog’s wagers. Miami was favored to win, at -209, but the Broncos bucked and took the victory, 20-13. The Dallas Cowboys and Minnesota Vikings met up this Sunday, with the Vikings getting -7.5 for the win. However, if the 8.47% of the Bodog action on the game went for the favorite, they didn’t cash, as the Boys took a surprising, 31-28 win.

Four college football games proved to be more interesting to gamblers than the Atlanta Falcons/New Orleans Saints game. These accounted for a total of more than 27% of the wagers on Bodog this weekend, with the game between the Indiana Hoosiers and the Ohio State Buckeyes seeing the most at 7.01%. The college football season has seen a lot of issues from COVID-19 and schedules are almost constantly being changed. Because of this, the Big 10 season isn’t as deep as it should be, but the Buckeyes have won all four games they’ve played in the truncated season to lead the Big 10 East. Only Northwestern has done better, winning all five of its games to hold first place in the Big 10 West.