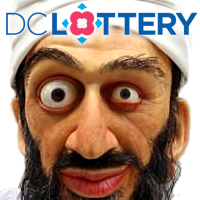 District of Columbia Attorney General Irvin Nathan has declared that DC’s groundbreaking plan to offer intrastate online gambling to District residents does not fall afoul of federal laws. Nathan made the statement Wednesday at a public hearing held by DC Council’s Committee on Finance and Revenue. DC Lottery, which will offer the service via an Intralot-powered network, plans to launch play-money ‘demonstration games’ in July followed by real-money play on Sept. 8.

According to Nathan, “the [lottery] board’s implementation of the plan has been and continues to be consistent with federal law so long as technology … ensures all of the gambling takes place within District borders.” DC Mayor Vincent C. Gray, who claims to be on the fence regarding the plan, expressed concern that DC Lottery officials would be able to ensure that players would be physically located within the District. DC Lottery exec director Buddy Roogow maintained that the system would require players to verify their age and IP address via a secure log-in.

OH, I THOUGHT YOU SAID ‘SLUTS’
Council member Tommy Wells asked Roogow if DC Lottery would be offering online slot machines, to which Roogow initially replied in the affirmative, then clarified his response by saying the DC slots “do not meet the legal definition of slot machines. They are in fact random-number-generated machines.” Wells later said he felt the hearing had raised more questions than it had provided answers.

READ THE FUCKING MANUAL
Meanwhile, it was revealed that Council member Michael A. Brown, the man who introduced DC’s gambling legislation last December (by attaching it to the District’s budget late in the day with no public debate), received campaign contributions from a company related to Intralot on March 10 of this year. The Friends of Michael Brown campaign committee received five $1k checks/money orders from Veteran Services Corporation (VSC) and several of its employees and family members. VSC is Intralot’s local partner in the DC online gambling operation, holding a 51% stake in the venture. Asked by WAMU-FM whether VSC stood to gain from the gambling plan going forward, Brown said “So does every developer who does a deal with the city … It’s all legal and that’s the world we live in.”

As for Brown’s unorthodox method of passing the legislation, Brown maintains that he “mentioned it at several public settings and people certainly had an opportunity [to express potential concerns].” Pressed as to whether his real goal was to deceive other Council members from knowing what they were voting for, Brown retorted that “maybe some people didn’t read the budget.” Touché.

SAVE THE DATE
While Sept. 8 remains DC Lottery’s stated launch date, that could be pushed back if Council member Jack Evans, who called the public hearing, has his way. Evans is concerned that local residents won’t be given adequate time to air concerns regarding the location of the WiFi ‘hot spots’ around which DC’s gambling plan revolves. These spots are to be certified using the same protocols DC Lottery uses to authorize lottery ticket sales.

In a highly ironic twist, the Washington Post revealed that DC’s online gambling system will rely on the government-owned DC-Net, a network built post-9/11 to ensure official communications would not be interrupted in the event of another cataclysmic terrorist attack. So, in a roundabout way, Osama Bin Laden played a significant role in bringing online gambling to America, three days before the 10th anniversary of 9/11. Truly, it’s a strange world.