The Merge Gaming Network that has long rumored to be owned by Sportsbook.ag is reportedly about to start accepting US players again soon.

Merge is spending the month of June tailoring new payment solutions in order for US players to again be given access come early July. Their stop on US players came earlier this month and followed a humongous spike in the amount playing on their network since Black Friday aka they did pretty fricking well out of the whole debacle. Someone we have been acquainted with in the past predicted teething problems for US-facing companies due to eCom restrictions.

Sportbook.anythingthatsoundsreallycoolatthetime is of course the company at the top of which Aaron Gould decided he’d like to pitch his tent for a little while. It might or might not have been longer than the length of this weekend’s Glastonbury Festival – just with a little less mud and you don’t come out stinking of shit.

This does come from a company that is purportedly owned by a company that saw Gould at the helm for a while so should we believe what we hear about Merge? Well it hasn’t come out of the mouth of Gould directly so theoretically it could be true that Merge will start accepting players. The fact that the announcement that they’d be taking “one to three months” to start accepting players was only made a matter of weeks ago, July may be slightly too early.

Lastly, we couldn’t miss an opportunity to use one of our feted photos of Mr Gould yet again. So for one last time we pay homage to the short and turbulent time that Aaron spent at the helm of Sportsbook.com. Enjoy… 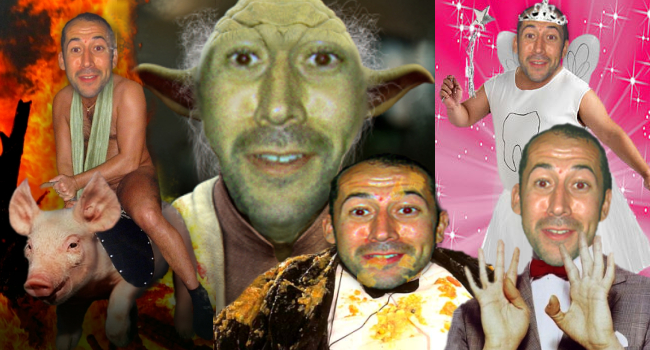