Well, it’s been one week now since the Black Friday poker earthquake and the global online gaming industry tsunamis are still washing over all shores of this industry. Industry analysts like myself have been studying things closely since this started and I think I am pretty confident in predicting who the ultimate winners and losers are going to be in this affair. So, without any more fanfare, here is my current list, not necessarily in order, but I tried to rank them…and starting with losers:

1. The 11 guys indicted
These guys had it all. Now, they’re at the start of an epic battle with the US Department of Justice that could last for years and may result in them being wiped out financially and serving substantial jail time. After getting out, they would face a substantially different world and this will be hard on their friends and families also. Though I have personally been saying for years that anyone who thought poker was somehow “different” in the eyes of the DoJ was not actually listening to what they said. I have predicted for years that this DoJ move against poker was only a matter of time. It’s my opinion that these guys had all been drinking the Koolaid and really did believe that poker was somehow different. Not only is this massively shocking, it means these guys were likely not prepared in any way for this. For these reasons, it’s hard to find a bigger set of losers than these guys, and I genuinely feel sorry for them. 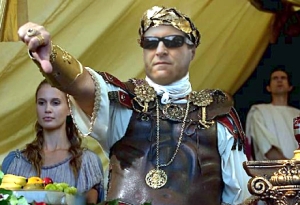 2. The US poker playing public
Most players lost the ability to play online (eCom restrictions in the US make it currently impossible for the few remaining small rooms to provide the capacity to ramp themselves up to take all these players), which will mean a massive change in lifestyle. Not only is online poker a great form of entertainment, it’s also a source of income for some. But to really poke them in the eye, rumors are now circulating in the industry that two of the indicted poker rooms do not have the funds to pay out all the players, suggesting that players are going to lose their balances. This was actually the original plan of the DoJ – take all the monies and teach the players a lesson – though they seem to have backed off this one.

3. The US Government and the DoJ
The reputations of both the US Government and the DoJ itself are being harmed by this move. In grabbing the domains of foreign companies and blocking their business globally instead of just blocking the domains like other countries do, the US has put itself at odds with the World Trade Organization and international trade agreements and law. There is no way anyone can argue that online poker in the US was a significantly pressing issue to warrant the DoJ’s response. I doubt if the guy in charge of making this decision thought through the implications of this before making this fateful decision. Additionally, by causing the players to lose all their money for playing online poker, something that is not illegal in most states in the US, the DoJ has created a political firestorm that will rage for years and will undermine the respect of Americans for the rule of law. Again, it seems this issue was not analyzed properly before this decision was made.

4. Shareholders of the indicted poker companies
All the companies are private so not much is known of share ownership structure, but shareholders are going to lose money even if their names are not on the personal indictment list. 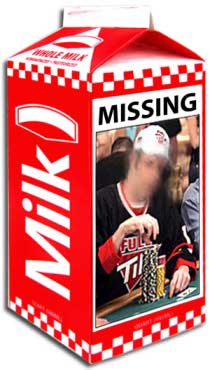 5. The mostly US poker pros
These guys are going to be hard pressed to replace this income. I also predict that the use of pros, which was already waning outside the big poker networks, is unlikely to ever regain its significance. I think this marks the end of the big money poker pro endorsements. The industry is going to slowly change to more of a focus on recreational poker players and these indictments will accelerate this transition.

6. The poker industry in general
For the near term at least, everyone who was benefiting in the past will take a loss. Land-based poker tournaments will see a reduction in entrants, which will require less staff to manage; the same will go for companies that produce TV poker shows; not to mention the effects felt by bloggers, training sites, agencies that represent pros… Few entities associated with poker will be spared some kind of hit.

7. Non-US facing online poker companies, especially the public ones
I got a laugh when shares in the European public companies that offer online poker went up the Monday after Black Friday. Apparently, nobody in this space really understands how this industry works. The likelihood of there being any federal regulation in the US has essentially been frozen for at least a decade. Since public companies trade on future potential, this should have caused their shares to drop. There is no way any small localized advantages may see inside Europe by the weakening of the major pure poker companies would compensate for this lost potential in the US.

In my eyes, the immediate and extremely unattractive gloating we saw from some European executives and their lawyers at what happened in the US is going to further diminish the reputations of these companies inside the industry, especially with me. I think that when the US does open up its market, it’s not likely these companies will ever get a fair shot at a US license — the US will always take care of US companies first. Then, to the surprise of nobody (except, based on their current statements, the executives of these European public companies), these same US companies will then start letting everyone outside the US play with them. It fits with the enduring US belief system, i.e. they are doing all the citizens of the world a favor, protecting them from companies in their own countries by letting them play with companies that are regulated in the good ole US of A.

8. Employees at the targeted poker companies
Some of them might take this opportunity to cut over to one of the other exciting brands in the online gaming space. I would recommend anyone using this as an opportunity to change companies to consider the opportunities in Asia. Asia is the largest gaming market in the world already and is also going to have the most explosive growth for the rest of the careers of anyone reading this. However, for the majority of the guys working for the poker companies, this will result in layoffs and worse paying jobs outside the industry. Its hard to imagine getting a better job outside this industry in Isle of Mann, Antigua, Costa Rica or even Ireland.

9. Founders and CEOs of small US-facing ant-sized poker rooms
They were all drinking the Koolaid and have a mountain of press out there with their chests all puffed out saying things that pretty much make them public enemy number one in the US now that the cover of the big boys is gone. 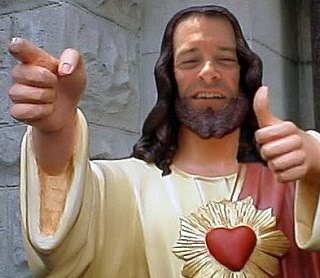 1. Preet Bharara, the US Attorney in Manhattan and his team
It’s clear that even though the DoJ and the US Government are taking a reputational hit in this, Preet Bharara and his team will personally benefit. I would argue that it’s hard to find a more obvious motivation behind these indictments than the personal ambitions of a few government employees. There are political careers to be nurtured, and a bunch of juicy law and order headlines and convictions will undoubtedly enhance their electoral chances.

What’s more, without burrowing into the US banking system like the big poker rooms were doing – something that won’t happen again in light of these charges – it will be impossible to process the amount of money necessary for any other poker companies to replace the old powers. Poker in the US as we know it is effectively dead. This is the first time this has ever happened and Preet and his team will be keen to remind voters of this fact at some later date.

2. Land-based casinos who run poker tours, whether inside or outside the US
In the short term, some might win a bit and some will lose a bit, but not in any significant way. However, in the long term, when the US finally does open up, the big US casinos are definitely strongly in the ‘win’ category. It’s our prediction that these big US land-based casinos will be the only ones getting the new US online gaming licenses. What’s more, they will be opening in a less competitive market place with built-up demand, so it would be difficult for these companies not to win. And let’s not forget, when they do open up, they are not going to be restricted by that pesky idea that you should not let foreign residents avail themselves of the world’s safest online gaming products!

3. Private Asian gaming companies
These guys make massive money, count the biggest market in the world as their home turf, and do not face competition from the mostly public European companies who lack the structural flexibility to come into the Asian market. And these Asian companies have now had their only credible global competition decapitated. With the big money they have behind them, and the structural flexibility that comes with being private, its only a matter of time before these guys come out of the east like some reenactment of the ‘storm from the east’ that was the armies of the mighty Mongol Khans. Given time, they will become more sophisticated in branding and customer service and become a truly global force.

4. Non-US facing online poker companies
I realize I pointed out above how these companies will lose, but the truth is a little more nuanced. In the short term, they will experience some ‘winning’ in their existing markets as they face less competition for ad buys and might be able to reduce bonusing, etc. to recruit new players with the big poker rooms on their heels. However, these bonuses are dwarfed by the negatives I listed above.

5. Small companies that still take a handful of US players
They are not going to see much of an increase in business as they cannot process the eCom. However, with the big guys out of the market, bonuses and fees will rise making the small player base slightly more profitable. This is however loose change in comparison to what was shut down.

That said, the ultimate winners are (as usual)… Lawyers in the US! This means millions and millions of dollars in legal fees.