Home / Sports / Soccer boss facing the sack for too much partying 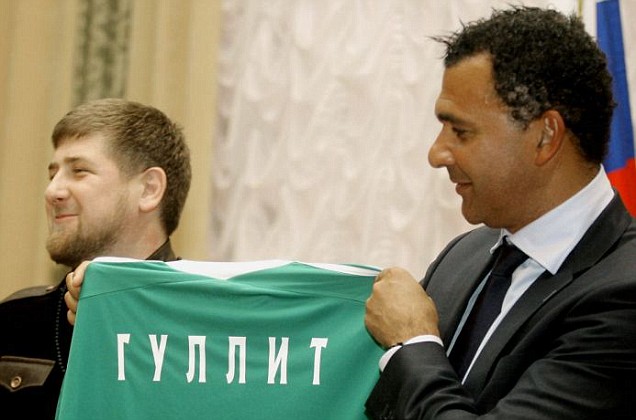 Former World Footballer of the Year Ruud Gullit has been threatened with the sack for his exploits whilst managing in one of those places where you really don’t want to be getting in trouble. The latest honorary member of the gamblin’, drinkin’ and carryin’ on club has been awarded the accolade for, as his club Terek Grozny put it, “thinking about bars and discotheques too much.” #winning.

Gullit took charge of the club on an initial 18 month contract amidst controversy over supporting a regime in Chechnya that doesn’t have the best human rights record. Add to this that the fearsome Chechen leader Ramzan Kadyrov owns the team and drinkin’ is the least of Gullit’s worries. The strongly worded statement on the club’s website professes that Kadyrov is “extremely dissatisfied” with the Dutchman’s performance and has issued the following ultimatum.

“Considering all this, Ramzan Kadyrov is presenting Ruud Gullit with the task of bringing back three points from Perm.

“In the event of the opposite outcome, Gullit will be dismissed from the position of head coach.”

The Metro reports that the rant later continued, stating, “Yes, we do not have drug abuse or indecent nightlife institutions, which are aplenty in Holland and Europe…But in Grozny there are all the conditions for people with a healthy lifestyle.”

It is correct that in Amsterdam they have relaxed laws when it comes to cannabis usage and there may be a burgeoning entertainment district there but it’s nothing to be ashamed of. If Gullit is able to go out to night clubs and party at least it shows this is present in Grozny and there’s nothing wrong with having a party if it’s right on your doorstep. Ruud just hasn’t got the right balance bless him!