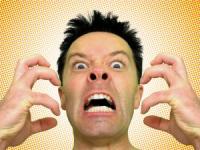 Well if they did, it’s been a rude awakening for the DoJ which now faces a possible political backlash for their move to kill poker in the US.
The DoJ’s Facebook page has been peppered with scathing results and outrage from people that are downright disgusted with the DoJ’s actions. So many comments keep pouring in on their Facebook page, it’s turning into a shitstorm. The funny thing about it is the comments aren’t just limited to the poker posts, everywhere on the DoJ Facebook page is just being blitzed with poker comments!

Many of them are laced with the passionate disgust for what has transpired, and some of them are just downright classic remarks.
We just wouldn’t be doing this story justice if we didn’t go ahead and post some of our favorites. The beautiful thing about this is that the people lighting up the DoJ’s Facebook page aren’t being bashful, they are real people with real identities and their comments have been very candid. The displeasure expressed in a majority of the comments is genuine and it’s rather refreshing to hear so many people echo what industry professionals and online poker proponents have been screaming from the rooftops for years.

Here’s some of my personal favorites.

“This all makes me wonder how many DOJ employees had a heads up and were able the get their funds off the sites but left all of us screwed and seized all of our money?”

“I bought a flamethrower today because I legally can have one.But I can’t play online poker. GET YOUR PRIORITIES STRAIGHT.”

“Hey DOJ whens the last time you had a response like this ? I’m thinking never. Do not underestimate the power of the people. As far as poker sites setting up fake companies and whatnot to allow adult tax paying Americans to play a skill game, that was simply a symptom of the disease. If the government legalized, regulated and taxed (made money) the industry none of that stuff would have been neccassary. Did prohibition work ? Once again the government shows just how shortsighted and petty they truly are. I’m from Massachussets, I’m politically active and I vote and I’ll make sure all my friends anf family knows just where I stand regarding any of my reps locally or nationally who support this insanity.”

“The Department of Justice’s attack on Internet poker is a clear attack on the rights of American poker players.

•The US government must ensure that the money American citizens have in their Internet poker accounts is not jeopardized by the DOJ’s actions.

•The US government should be protecting American citizens by allowing Internet poker sites to become licensed and regulated under US law, rather than taking away citizens’ freedom to choose to play online poker for fun or for a livelihood.”

“Sure is funny how the government says its ok to buy lotto and scratch tickets and gamble your money away on 100% chance. Bingo too, which most games are $50 a pop or more. Online poker though, which is far from 100% chance is a huge no-no??? MONKEY’s ARE SMARTER THAN YOU DUMBASSES!!” “Hey DOJ here is a little secret for you, you may think you can ignore us poker players and dismiss our complaints, but we are not going away. We are not a small unimportant fringe of society. We are the backbone of this nation. We are your working class, we are your military, we are your veterans, and we are VOTERS!! Don’t tread on me…. Semper Fidelis!”

“Nice job taking away both our money and our rights, guess I should have known you have a rigged deck”

As I said before, the comments are classic. They can’t seem to erase them fast enough! Check out DoJ Facebook page and read or post your own comments if you feel the need, I’m trying to think of something that hasn’t already been said!