Home / Business / LeBron so good, you can get slapped by his momma 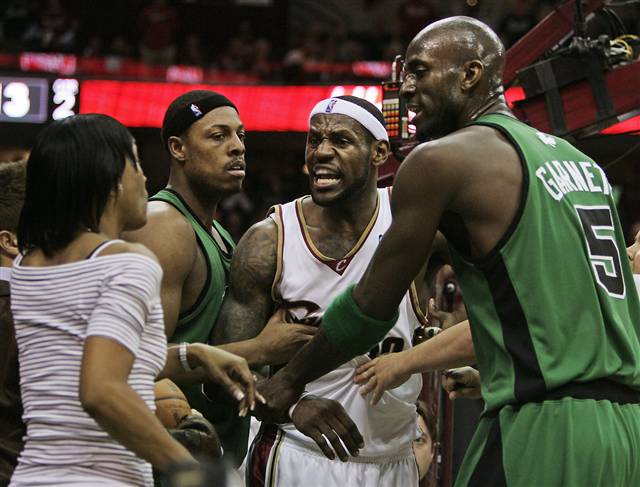 Every once in a while, there comes along an NBA superstar from less than humble beginnings, who ends up in trouble with the law when he lets his inner city instincts get the best of him. But it’s rare when it’s his mom who is a little wild and crazy. Remember Allen Iverson’s mom? Iverson’s mom took the cake for being her son’s biggest fan and also highly public body guard. She was one woman you didn’t talk smack to.

LeBron’s mom on the other hand, has been showing up in the public light for all the wrong reasons. There was of course the whole alleged affair with one of LeBron’s teammates while he was in Cleveland, we may never know the truth about that one.

But now, the King’s Queen is making headlines after she bitch slapped a hotel attendant like she was Rick James. RadarOnline.com reports that Gloria was arrested at Fontainebleau Resort in Miami at 4:57 AM on Thursday morning.

LeBron’s mom might be part of the drinking and carrying on too far team, Gloria was arrested in 2006 on suspicion of drunk driving and subsequently charged with the reckless operation of a vehicle for speeding while intoxicated, disorderly conduct and damaging police equipment.
This is an odd turn of events for a superstar high profile athlete. Isn’t it usually the other way around? Isn’t it usually the athlete that keeps getting into trouble and the athlete’s mom who comes to his defence? Can you imagine paparazzi running past LeBron to get a shot of his mother?