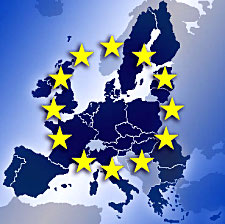 European Court of Justice (ECJ) Advocate General Yves Bot has issued his opinion on Austrian gambling case C-347/09. In his opinion, Bot said “a member state cannot enforce a criminal sanction in relation to an administrative formality [which] is refused or made impossible by the member state concerned in violation of EU law.” This echoes ECJ findings released last September, which stated that Austrian online gaming law was incompatible with EU law due to (a) the lack of transparency in the licensing procedure and (b) the requirement for companies to locate their tech infrastructure within Austrian borders. Bot also noted that “the obligation of mutual recognition of authorizations delivered in other member states would become relevant” if monopolies are held incompatible with EU law. The AG’s opinion is not binding, but will be considered when the ECJ takes up the case at a yet to be determined date.

The Spanish Association of Online Gamblers (AEDAPI) has released a statement criticizing several of the 200-odd amendments to Spain’s proposed online gaming legislation, including the so-called ‘black period,’ which would require operators to delete their databases and withdraw from the market until new gaming licenses are issued. In AEDAPI’s view, this will only encourage gamblers to seek out unlicensed operators, defeating the whole purpose of issuing new licenses. AEDAPI also takes issue with the proposed requirement for operators to base all their servers within the country’s borders, saying it could “undermine the attractiveness” of Spain’s market. The finished draft legislation is expected to go to the European Commission for approval by June or July.

Italy has given online bingo operators reason to smile after extending the sector’s favored tax regime until the end of 2011. Online operators now have until Dec. 31 to upgrade to the country’s new licensing scheme, while still paying roughly half the tax and licensing fee imposed on land-based bingo businesses.

The field bidding for the UK Tote has reportedly dropped to three. Dow Jones Newswires is reporting that Gala Coral has now officially backed off its quest to acquire the government-run pari-mutuel operator, after failing to meet a March 25 deadline for formal offer submissions. That leaves just Betfred, Martin Broughton and his Penta Capital backers, plus the in-house bid by the British Horseracing Authority.

Betfair’s contracts-for-difference and foreign exchange products outfit LMAX was only just launched last October, but it has already lost its CEO, Robin Osmond. According to a LMAX spokesman, Osmond has chosen “to pursue other opportunities in the City,” but will stay on long enough to assist David Mercer’s transition into the role of interim CEO. Betfair has invested over £25m in LMAX, giving it a 75% stake in the firm, but analysts have questioned how well the fledgling startup is faring, and Osmond’s departure will likely only add fuel to that fire.

Finally, Haris Stamatopoulos, chairman of Greek betting giant OPAP since Dec. 2009, is stepping down to take “an important post” at the Bank of Greece. Current CEO Ioannis Spanoudakis will handle double duties until the next general shareholders meeting in May. Meanwhile, parliamentary tempers flared on the island of Cyprus over claims that a proposed new online gambling bill gives OPAP an unfair competitive advantage. The row kicked off when opposition MP Ionas Nicolaou used the phrase “hidden personal interests” in describing his objection to the bill, adding that he couldn’t “be bought by anyone.” This prompted a walkout by two other MPs, one claiming that he couldn’t participate after such allegations had been made, and the other claiming that his fellow MPs were acting like children. Things got so heated that the session was closed to the media halfway through. Or perhaps the cranky kids were just in need of a nap.