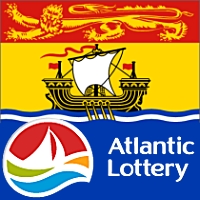 When it comes to online gambling in North America, most eyes are looking south of the 49th parallel to see what regulatory progress is being made in what US states. All the while, Canada continues to quietly stitch together a patchwork quilt of online gambling-friendly provinces. British Columbia and Quebec are both up and running and even sharing poker liquidity. Next up could be New Brunswick via the Atlantic Lottery Corp. (ALC), which represents all four Maritime provinces.

On Thursday, ALC’s CEO Michelle Carinci appeared before the committee on Crown corporations to discuss widening New Brunswick’s offering. New Brunswick currently offers a minimal slate of games via ALC’s Playsphere, which includes bingo and a few games, but not poker or casino games like blackjack. According to Carinci, the regulatory hurdles ALC needs to clear to expand its scope are “not big.” Technically, “it is a very easy decision” requiring only a couple months of “quality control testing” and “due diligence.” (Careful, that’s what PlayNow said…)

However, there’s no guarantee that New Brunswick’s politicians are as shovel-ready as ALC. All the Dept. of Finance would say was that the province “had ongoing discussions with ALC but there is no decision made either way on the matter.” Prince Edward Island rejected a similar ALC pitch to expand their offering last October, not long after Nova Scotia flat out rejected the concept of online gambling.

Frankly, if ALC wants action, they should try what the folks in British Columbia did to make their proposed downtown mega-casino project with Paragon Gaming a reality. Once finished, BC Lottery Corp. estimates that the 1,500-slot, 150-table casino will contribute CDN $330-355m annually to provincial coffers. Impressive (if true), but those sums aren’t enough to persuade some anti-gambling locals, who continue to voice their opposition to the plan.

Trouble is, all that filthy casino lucre is supposed to help pay off the $563m tab currently being run up via the construction of a new roof for nearby BC Place Stadium. See, the city didn’t wait until the casino approval was granted before they started building the damn roof. Now they’re reminding everyone that if the casino isn’t approved, the city’s residents will need to find over half a billion dollars somewhere else. Anyone seen half a billion dollars just lying around? No? Then shut up and deal. Seriously, governments have it made. They write their own regulations and police themselves, all while spending someone else’s money. Ain’t it the life…