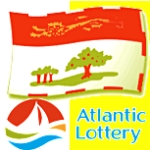 With the recent announcements by Atlantic Lottery Corporation members Newfoundland and Nova Scotia that they were not in favor of launching their own online gambling operation, lonely little Prince Edward Island finds itself, well, an island unto itself. Finance Minister Wes Sheridan says that he doesn’t know “if it’s possible now to have Atlantic Lottery host this site” without the other Maritime provinces on board.

Sounding somewhat resigned to his province’s fate, Sheridan maintained that his interest in launching the site was not to reap revenues that otherwise might have left the province, but in ‘protecting the players’ from the supposed dangers they face when they choose to play with private international operators. Given that misguided mindset, it’s just as well PEI’ers won’t have a provincially sanctioned option at hand, because it likely wouldn’t have been able to successfully add 2+2.