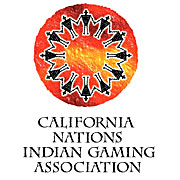 While the gambling world waits with baited breath to see whether New Jersey Gov. Chris Christie will veto his state’s landmark online gambling legislation, there’s fresh news in California’s quest to become an intrastate online poker pioneer. Senate Bill 40, one of two online poker bills looking to become law in the Golden State, has been given the seal of approval from the California Nations Indian Gaming Association (CNIGA), representing 29 casino and non-casino tribes.

Jerome Encinas, CNIGA’s director of government affairs, said his group studied SB40 (sponsored by state Sen. Lou Correa) and its counterpart SB45 (backed by Sen. Rod Wright) and concluded that Correa’s bill was the better bet for their constituency. The vote was not unanimous, however, suggesting there’s still plenty of negotiating to be done if the bill advances. The California Online Poker Association, which counts 21 tribes and a number of card rooms among its members, has also hitched its wagon to Correa’s star, as has the California Gaming Association (which represents the state’s licensed card rooms).

Opponents of SB40 include the California Tribal Business Alliance (representing four major gaming tribes), which feels the bill could open tribes up to paying state taxes, from which they are currently exempt under Federal law. The tax issue hinges on where the money is said to change hands in an online poker game. For Indian casinos on tribal lands, the answer is obvious, but no legal precedent exists for one non-Indian player losing to another from the comfort of their respective living rooms. The question gets even murkier if the servers are located off tribal territory.

Of course, the whole argument could be academic if neither Democratic senator can convince a few Republicans to climb down off their moral high horses and support efforts to address California’s deplorable deficit. The state’s Republican voters are already on board, with 58% telling San Francisco pollster Ben Tulchin that they’d be in favor of regulating and taxing online poker. (Democrats were 71% in favor.) Compare that with the 67% opposed to online gambling in New Jersey, and it’s a mystery why Californians still haven’t got their legislative ducks in a row. The California poll also found 65% support for limiting the operators to California-based companies, and 84% preferring a state solution rather than action at the Federal level. Suck it, Caesar’s!