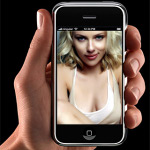 A recent survey of 2,235 app developers conducted by development platform Appcelerator and market research firm IDC shows Android continues to expand its ‘mindshare’ influence among the tech set. Those who claimed to be ‘very interested’ in developing for Android tablets grew to 74%, up from 62% just three months earlier. Apple’s iPad still leads that category with 87%, but that’s only 3% above their previous tally. In third was BlackBerry’s PlayBook, which rose from 16% to 28%, while WebOS interest was flat at 16%.

For what it’s worth, the poll was taken just a week after the Consumer Electronics Show, where some 85 new Android tablets were on display, which may have had some influence. Anyway, their sentiments are mirrored on the phone side, with 92% of developers “very interested” in cooking up something for Apple’s iPhone, followed by Android (87%) Blackberry phone (38%) and Windows Phone 7 (36%).

According to the survey’s authors, a common refrain among developers was: after iPhone, do I go Android or iPad? As Playdom cofounder Rick Thompson advised developers at a recent conference, throw a dart and follow your heart. (For the record, the authors recommend Android for ‘market share and design reuse’, but if it’s ‘enhancing the experience’ you’re after, go iPad.) This two-party contest could ultimately lead to irrelevance for RIM and Windows.

To hedge their bets, more businesses are choosing to go cross-platform. And more are connecting their apps to the cloud. Whether their cloud computing was private (backend web service) or public (social media), the number of businesses offering cloud-connected apps went from 64% to 87%. Companies are also bringing their app development in-house and integrating web and mobile teams to map out a collective strategy that includes websites, Facebook pages and mobile devices.

While the preferred business model of developers is still focused on the one-time $0.99 sale, the survey suggests that the future lies in apps that bring in ad dollars and/or drive in-app purchases. (For the record, Google’s Eric Chu is promising an in-app payment plan for Android this quarter.) Mobile commerce, while still fifth on the list, increased from 14% to 26%. Outside the one-off sales crowd, most other strategies call for utilizing social networking to achieve a “deeper user engagement that drives additional and sustained usage over time.”

Speaking of Facebook, Playdom’s Thompson told the Inside Social Apps conference that he didn’t object to Zuckerberg’s baby instituting mandatory use of its Facebook Credits payment system (and its 30% cut), because it proved to Thompson that Facebook was “addicted” to social gaming revenue and would thus go on supporting its development. Poor Thompson, he just uttered addicted and gaming in the same sentence, which has surely woken the sleeping demons over at the Family Research Council, who will be organizing a Playdom boycott as we speak…